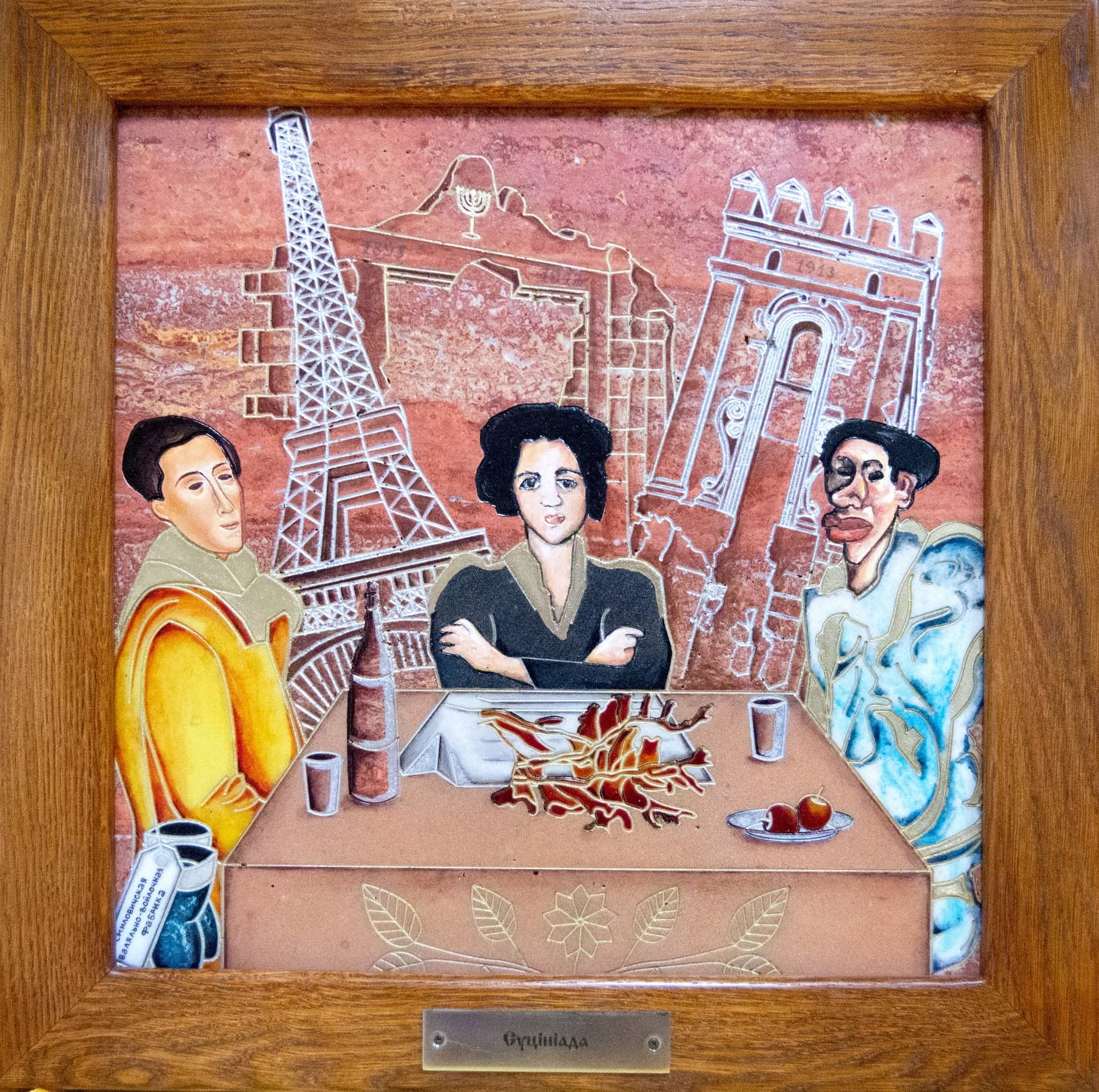 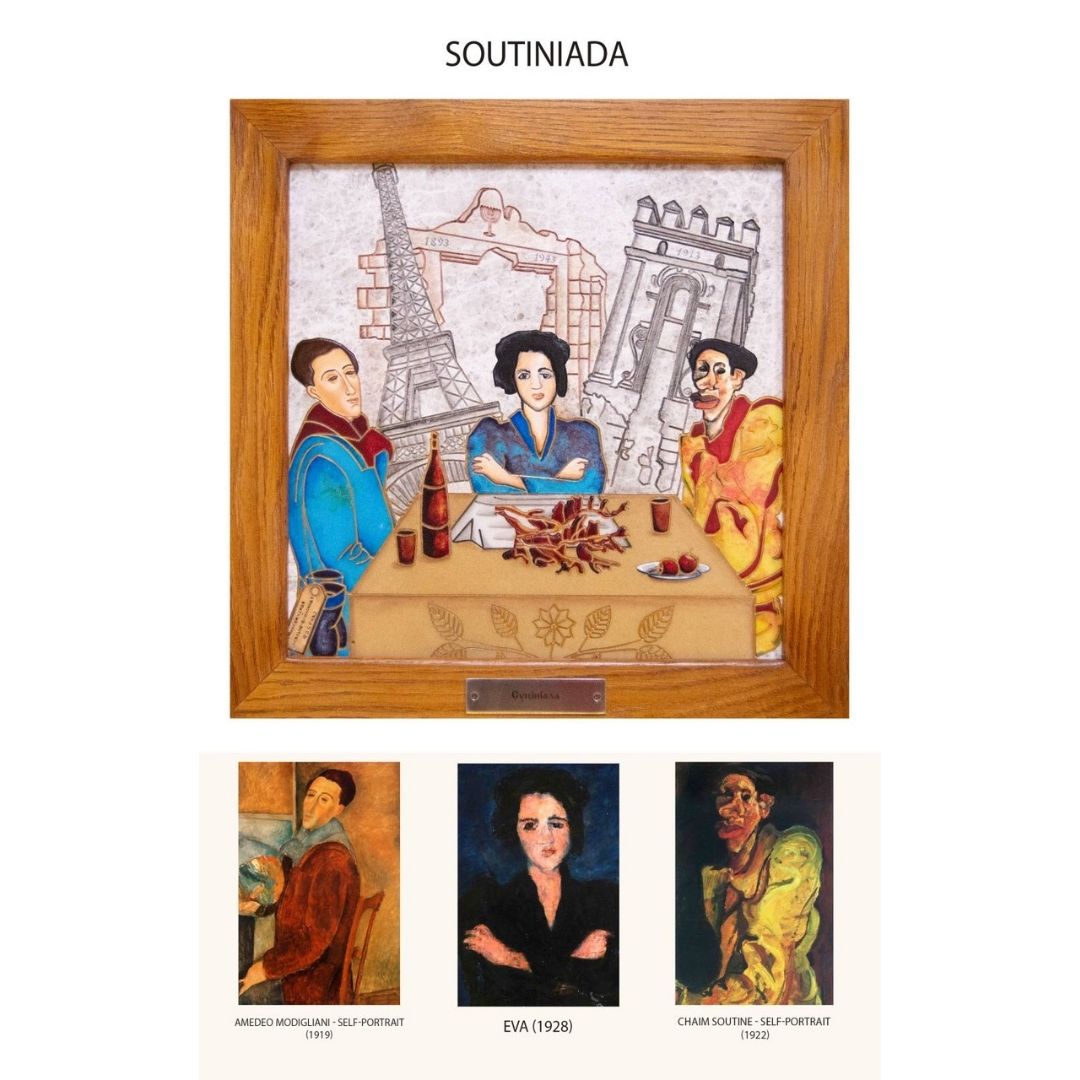 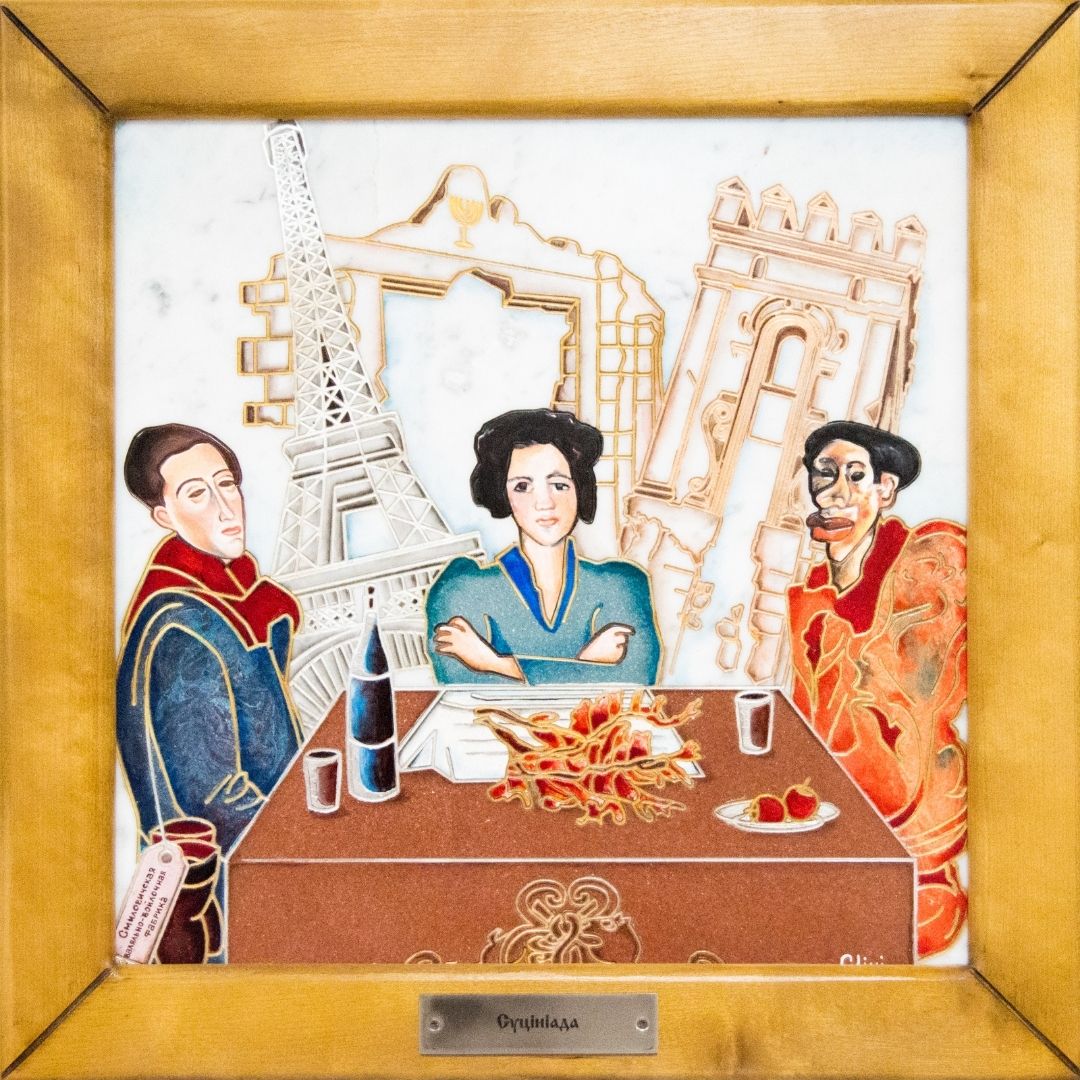 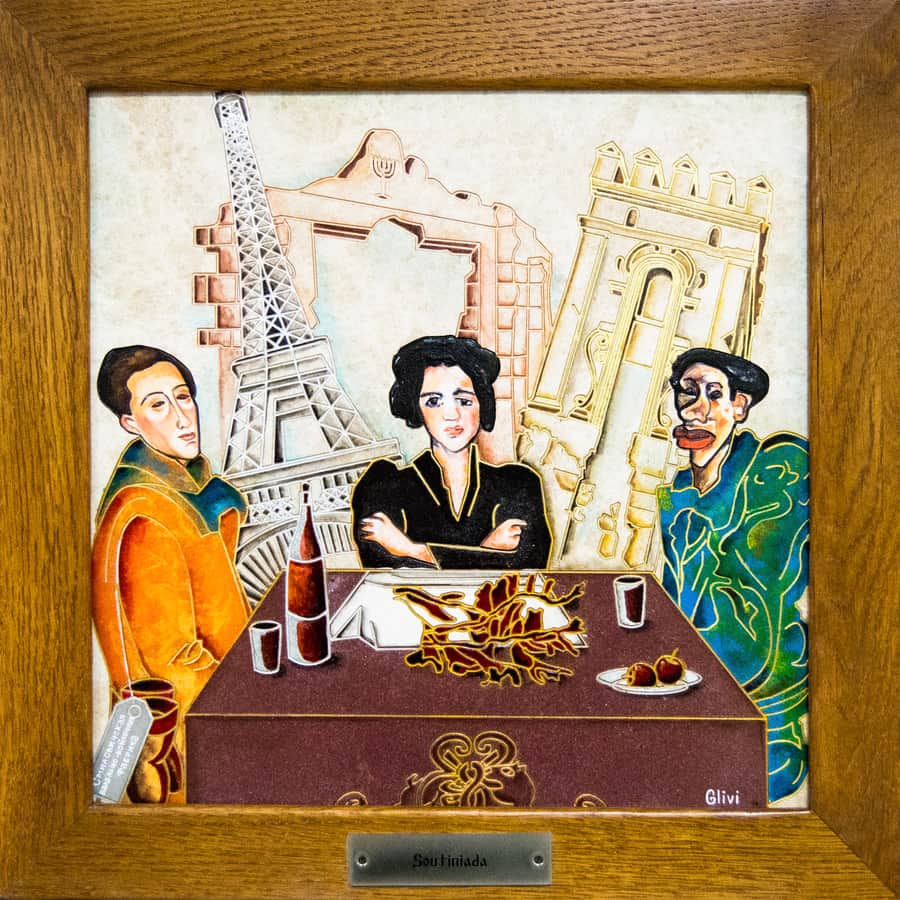 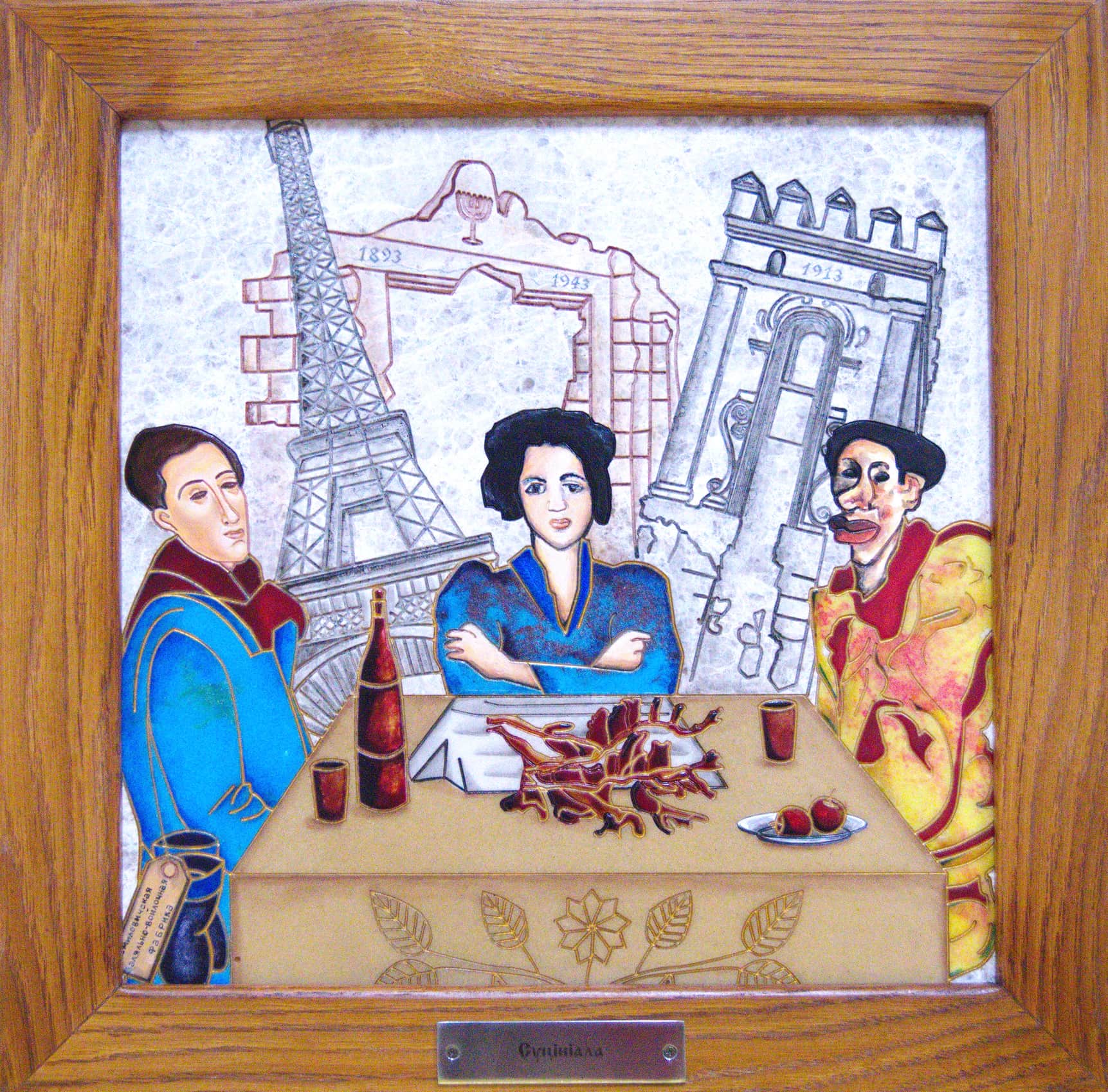 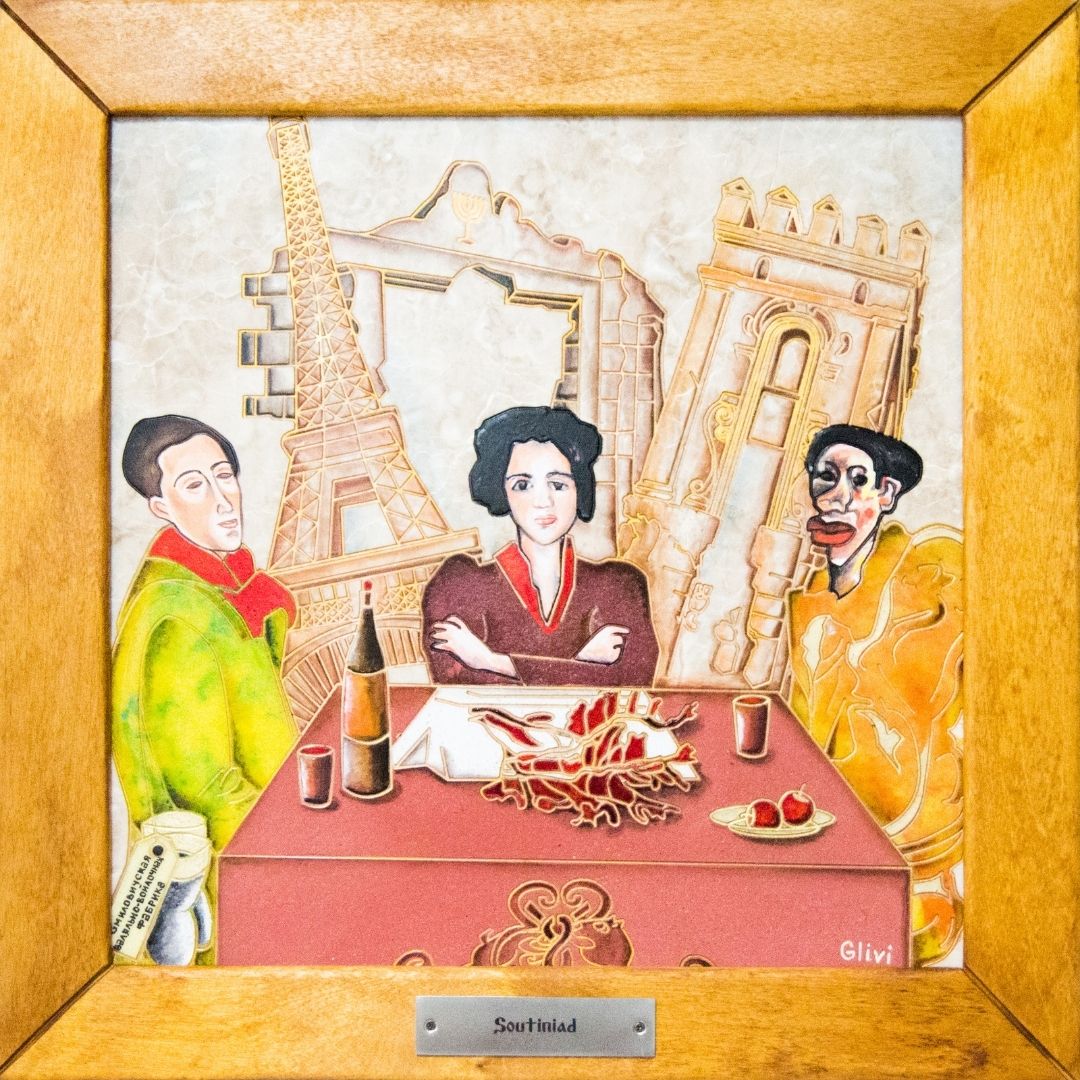 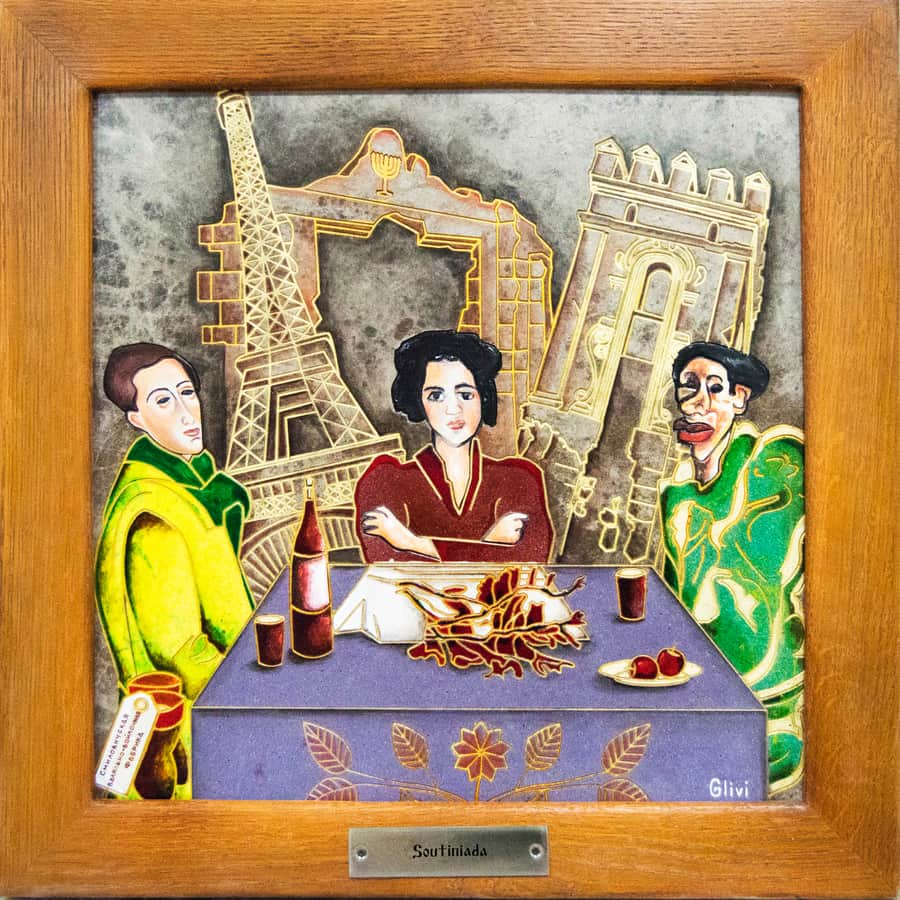 In this plot we have combined the images of Ch. Soutine himself, Eve and Amadeo Modiliani, the close friend of the master. His own self-portrait, made in 1919, was used as a basis for the image. This plot, in combination with the previous two, forms a kind of triptych, united by the same table with a covered tablecloth and a newspaper. At the same time, you can find some French flavor in such elements as the Eiffel Tower and a bottle of French wine. Thus, attention is drawn to the close friendly relations that have developed between the two artists.

The plot also contains the Monyushko-Vankovichi palace, located in Smilovichi, which is intended to emphasize Ch. Soutine`s affection for both Belarusian and French lands. Architectural structures are located in a "falling" state. Thus, we wanted to show that they can be damaged and lost, but deep friendship is timeless and capable of surviving any cataclysms. The architectural composition is completed with the idea of visiting the dead, commemorating their memory. The cemetery gates are shown with the dates indicated on them: the date of birth of Ch. Soutine and the date of his death.