Litvaki near the sharp gate in Vilna 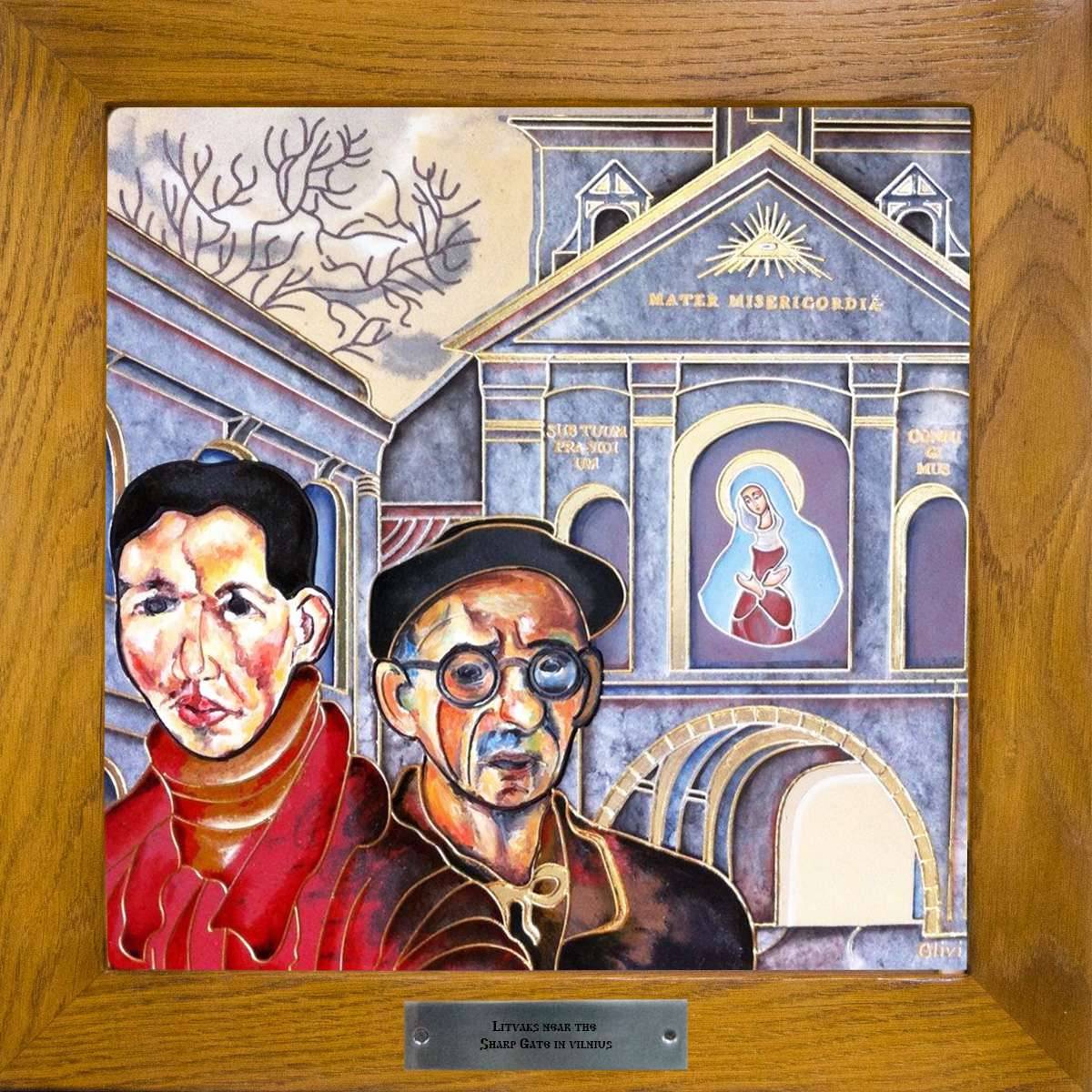 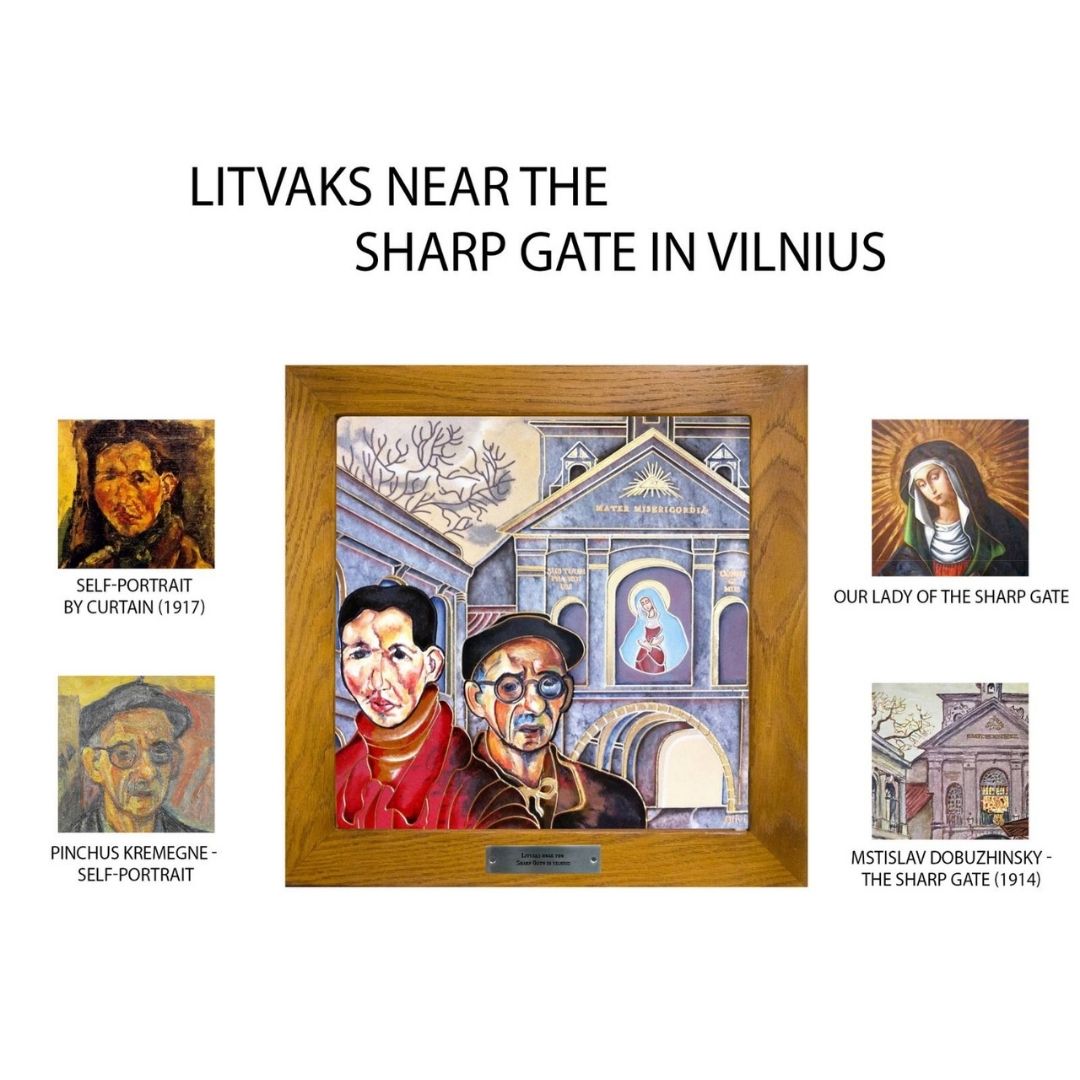 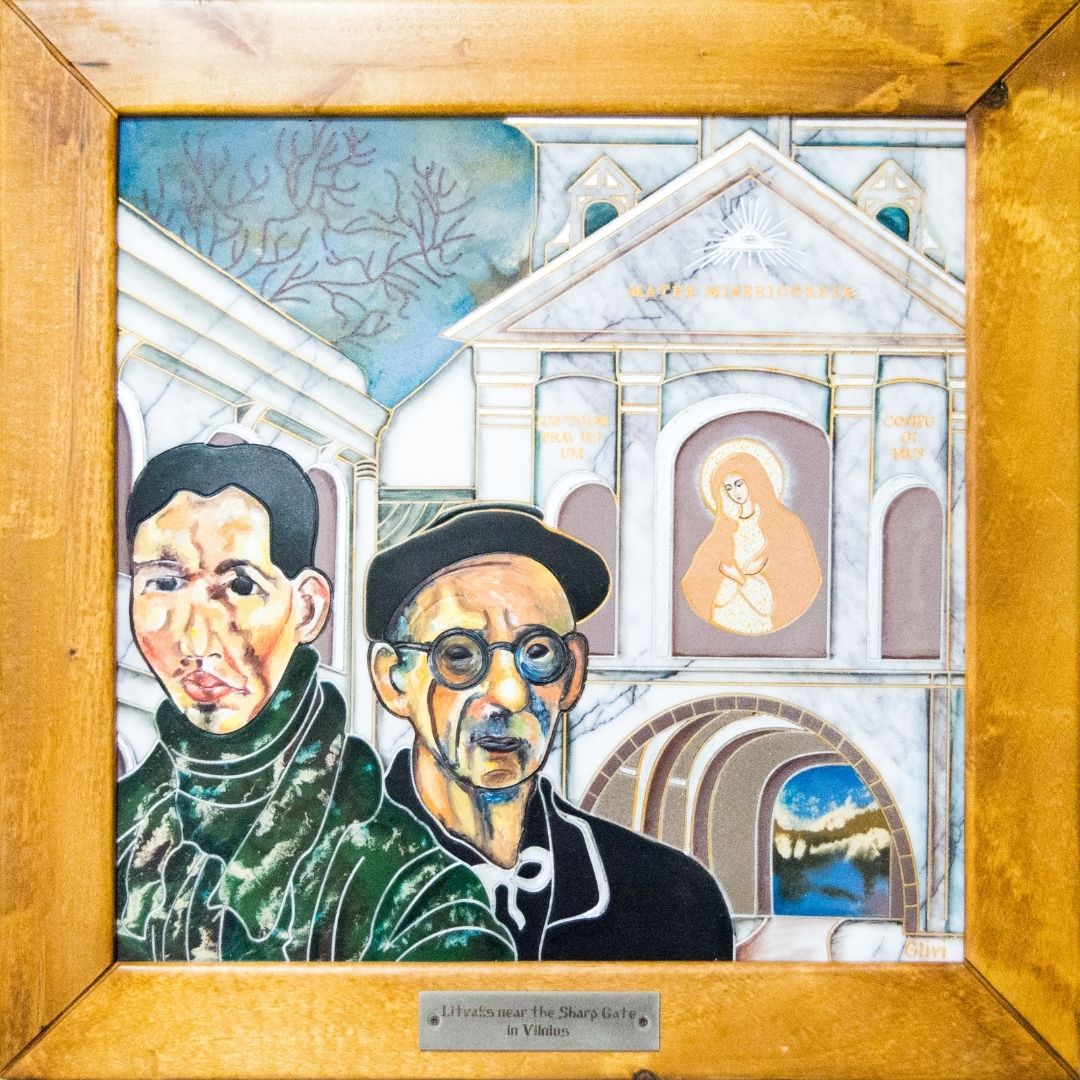 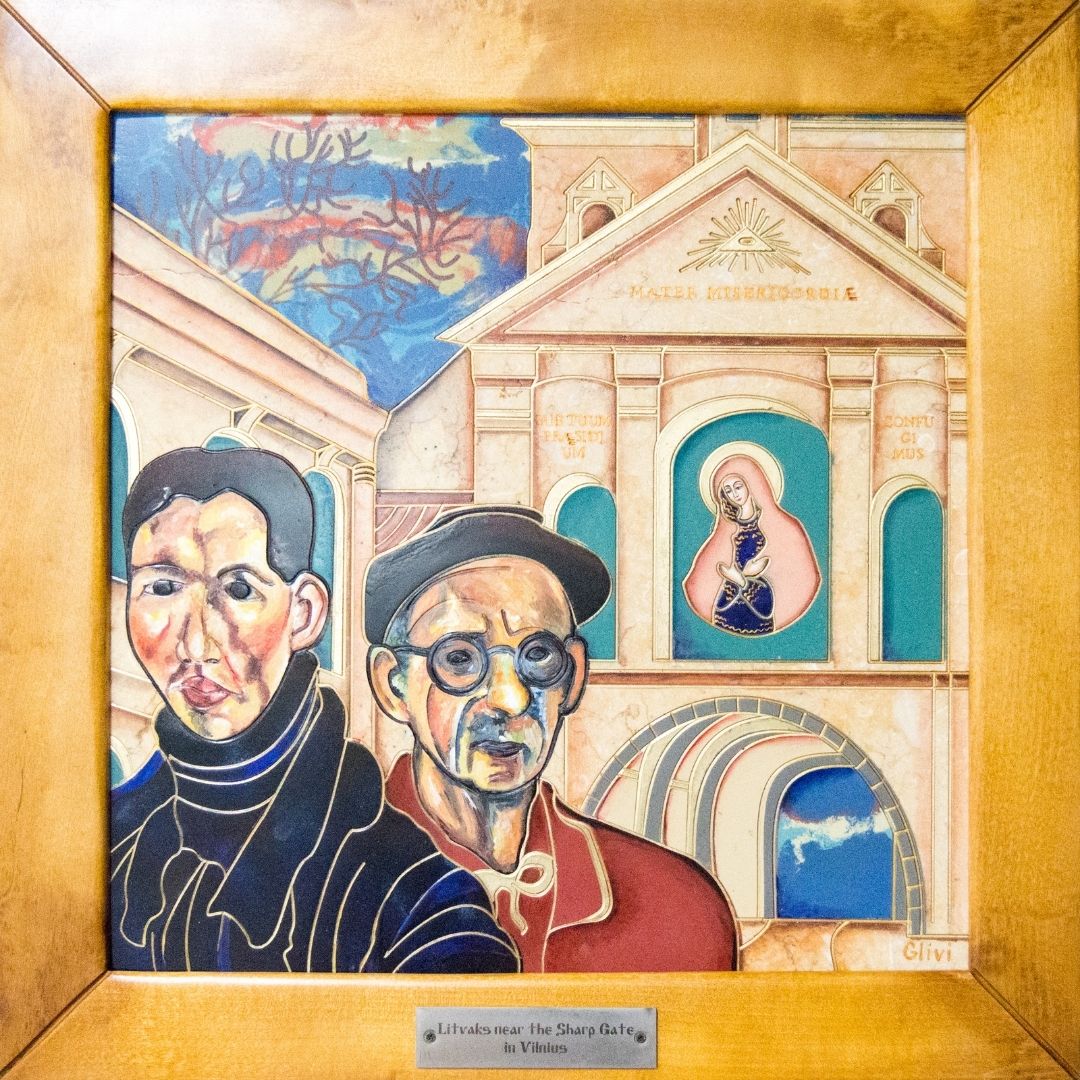 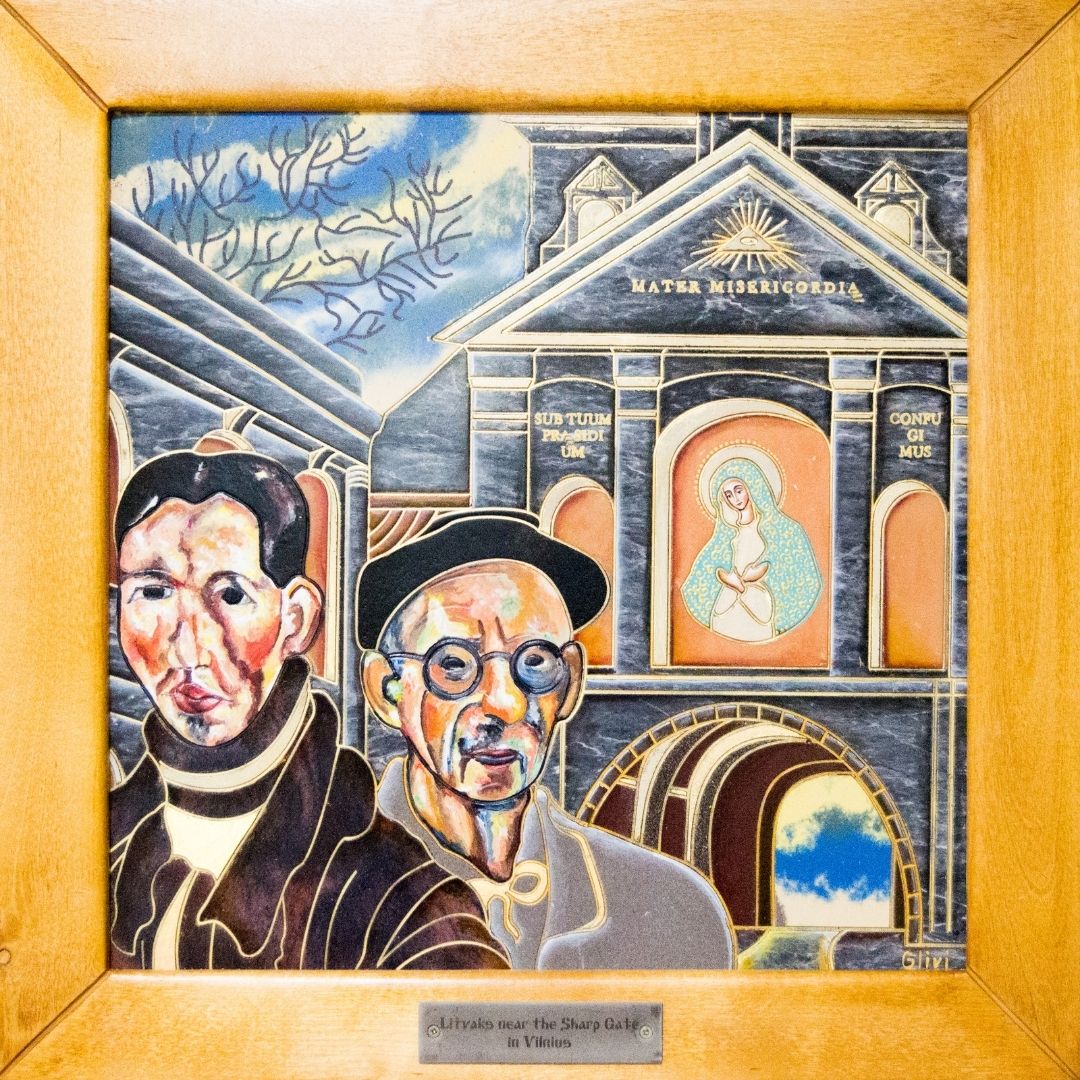 The fifteenth plot, entitled "Litvaki near the Sharp Gate in Vilna", completes the phantasmagoric story of Khaym’s return to his small homeland in Smilovichi near Minsk and at the same time opens the curtain on his further journey to the city of Vilna (now Vilnius).

Sutin, who was still a boy, went to Vilna after graduating from the Kruger drawing school in Minsk.  The desire to learn professional skills forever interrupts the connection with the small Homeland, he will never return to the Minsk region. Sutin takes a decisive step towards the knowledge of the European world, in which he continues to remember his creative path, namely, returning to his homeland through the drawing school in the city of Vilna, founded by the artist and outstanding teacher Ivan Trutnev.

The school in Vilna was not only one of the best schools of painting in the Russian Empire, where Haim received an art education, met future famous artists of the Paris school: Pavel Kremen, Mikhail Kikoin, etc., but also became a school of life with the hardest trials, a school that had everything from deep disappointment in fate to a real, sincere, bright friendship for the entire creative path of the master. And during this period of their formation in the new world, there is a break in the established rules that go back to their distant childhood, Soutine slowly turns from Judaism towards the "new faith".

As in the previous stories, Haim is presented next to his friend Pinchus Kremen, a fellow beggar in the international Parisian hostel "Beehive". Until the tragic moment for both friends, they go hand in hand in their work, maintaining a lively interest in learning a new, opened path with amazing mentors in painting. They are young and full of vitality, but the lack of money for the most necessary things, constant hunger, breaks this friendship. At the most tragic moment of his life, Flint was close by and managed to pull Soutine out of the noose that the great future master had thrown on himself because of the desperate hopelessness of life. Pinchus had saved him, and he had taken his former friend’s action as a personal insult. When asked, "What do you think of Soutine?" Flint would clench his thin lips convulsively, twitch his head nervously, and, flashing his sharp gray eyes from under his thick brows, like a predatory animal, would answer in an impetuous tone, " What? Soutine? I’ve never heard of him... I don’t know… There is no such artist!..»

In the presented panel, we revived the lost friendship of the painters, brought them back to the creative environment, where " Pinchus Kremen and Chaim Soutine always sat in the darkest corner. Soutine had the eyes of a hunted animal, perhaps from hunger. No one paid any attention to him. Was it possible to imagine that the works of this puny teenager, a native of the Belarusian town of Smilovichi, would be dreamed of by museums all over the world?" (ab. Ilya Ehrenburg).