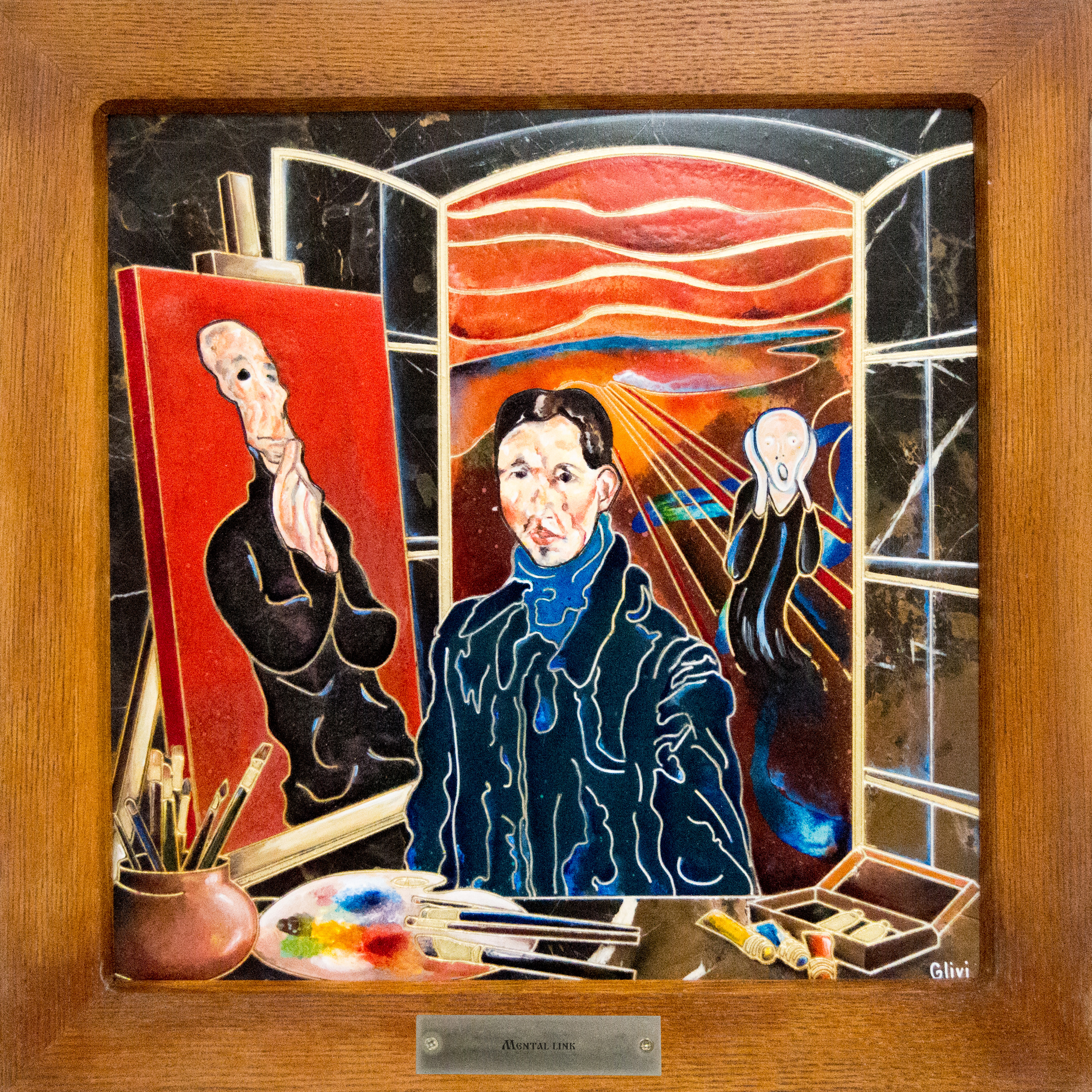 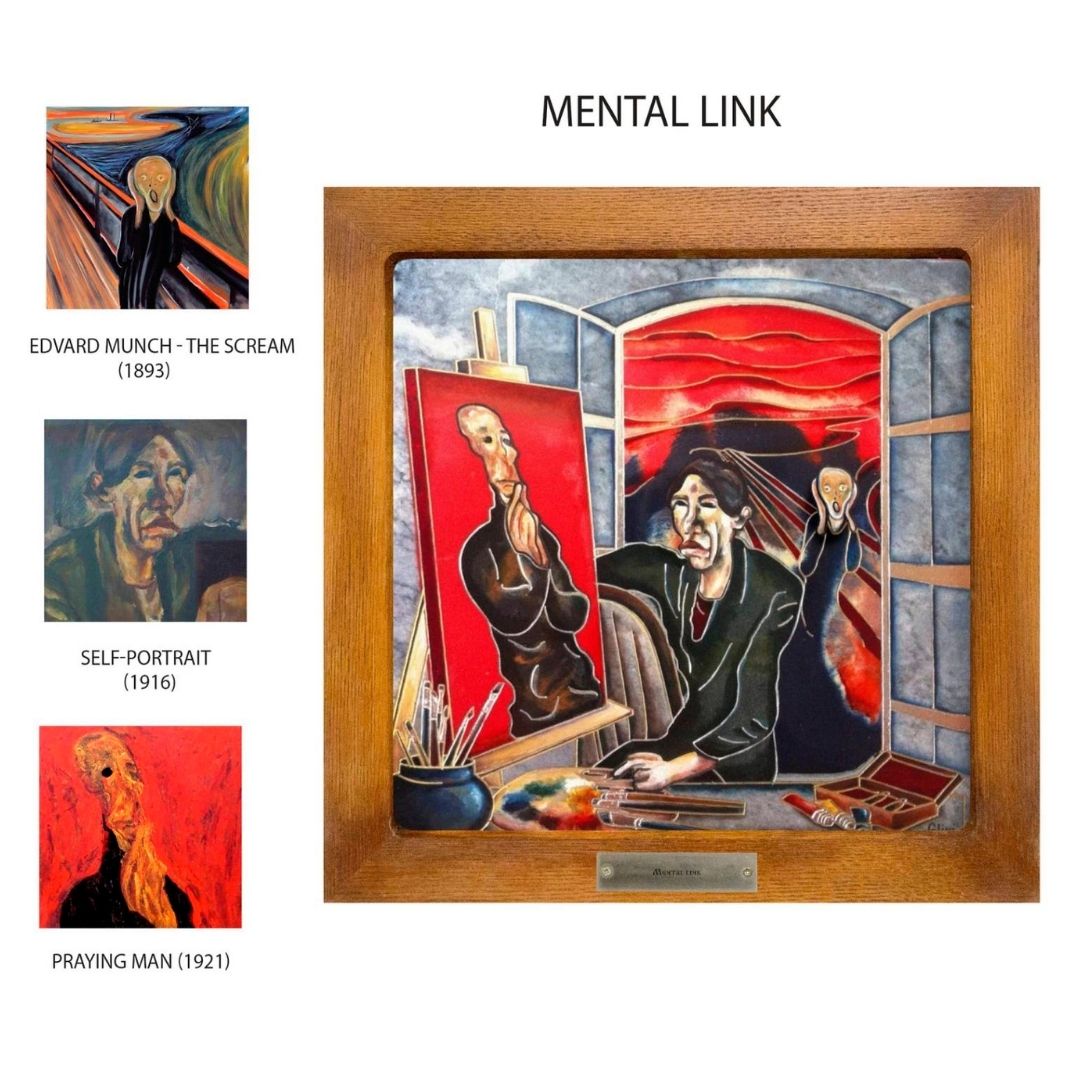 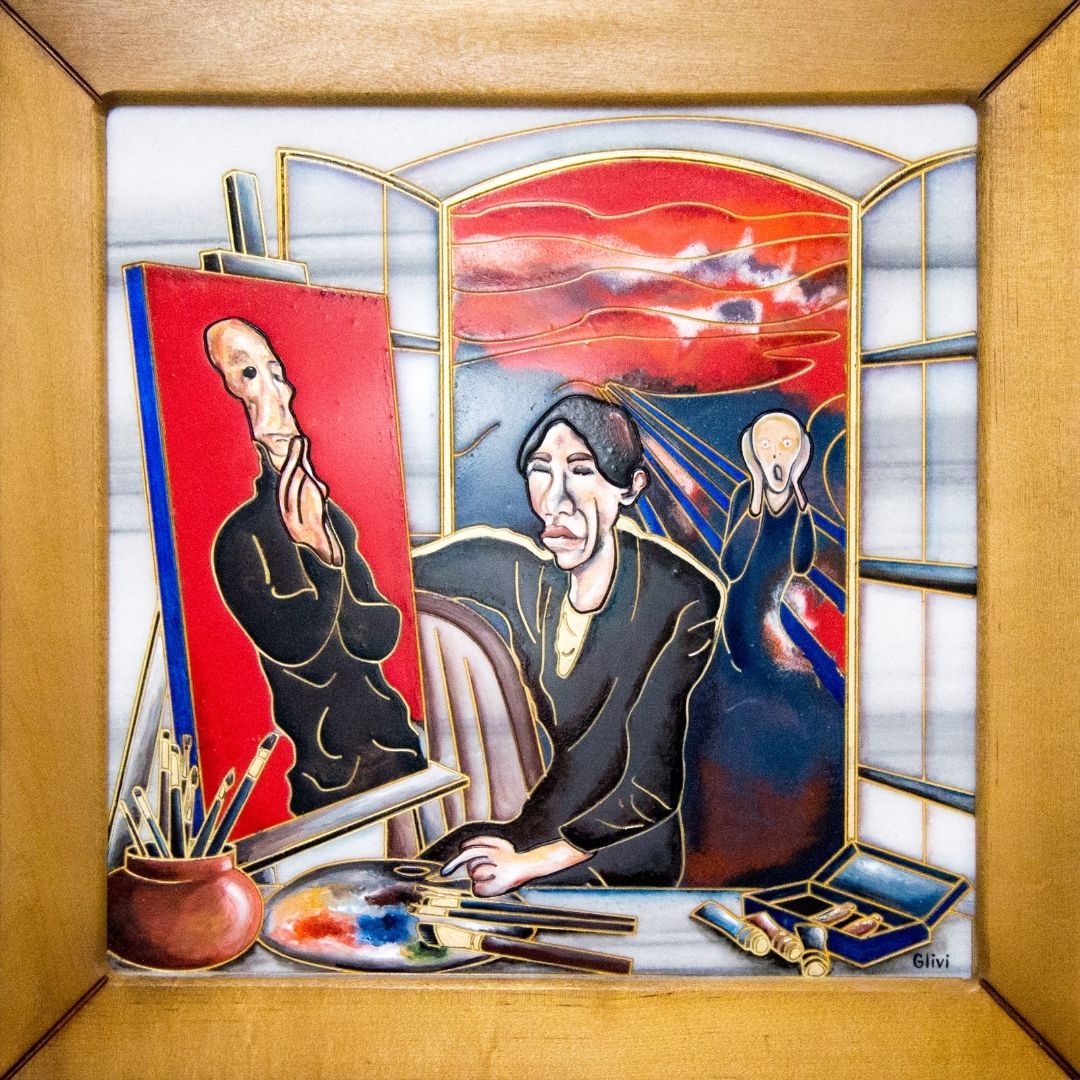 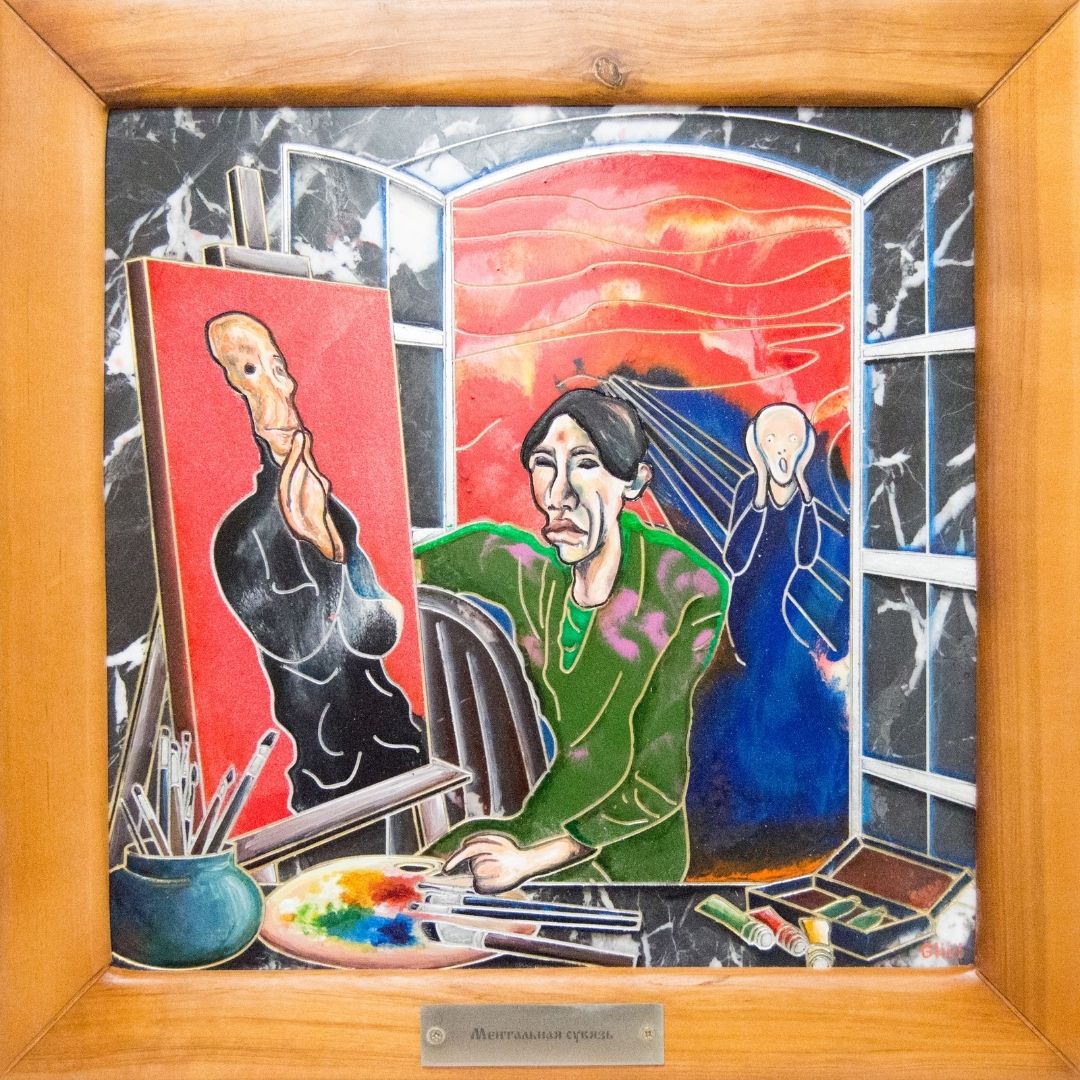 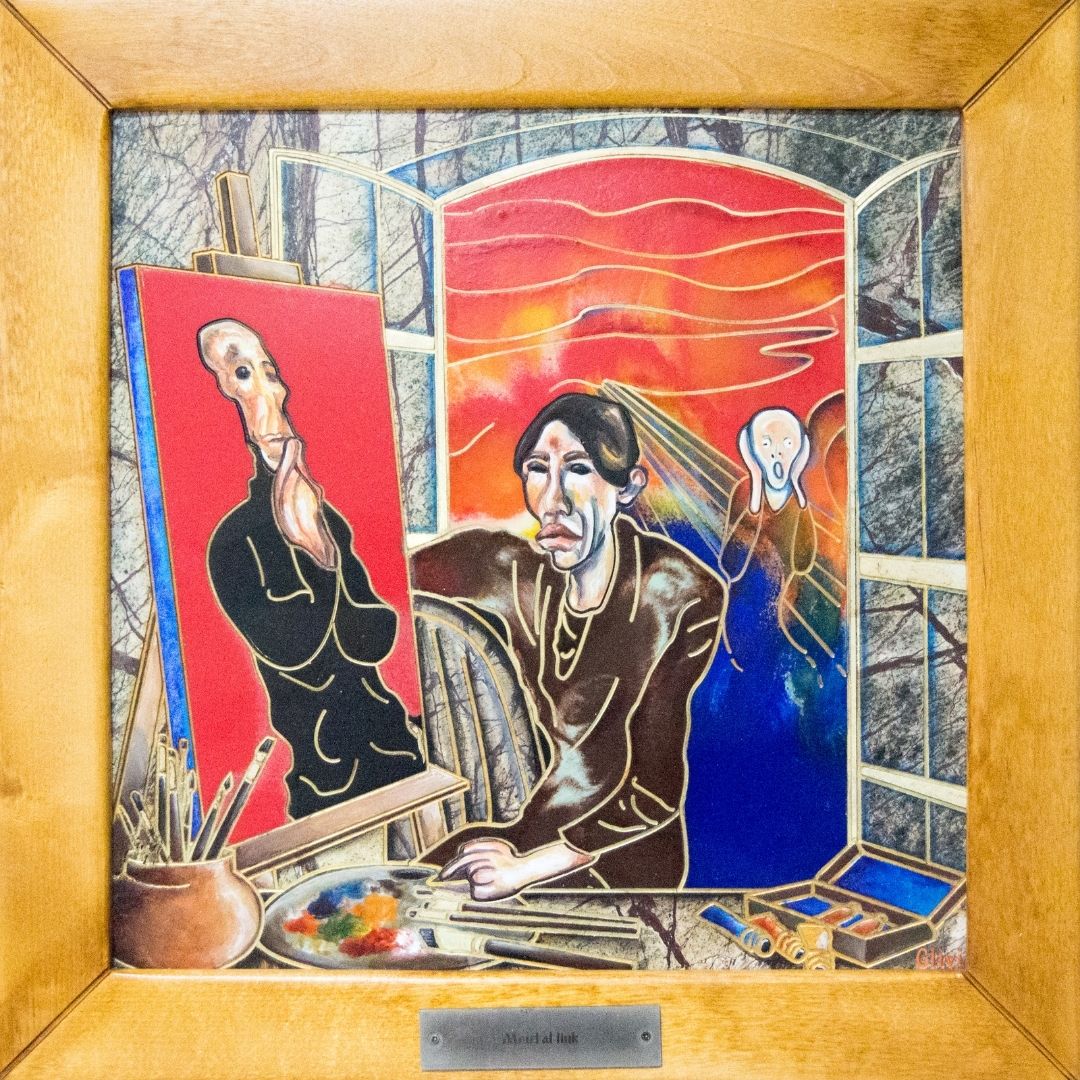 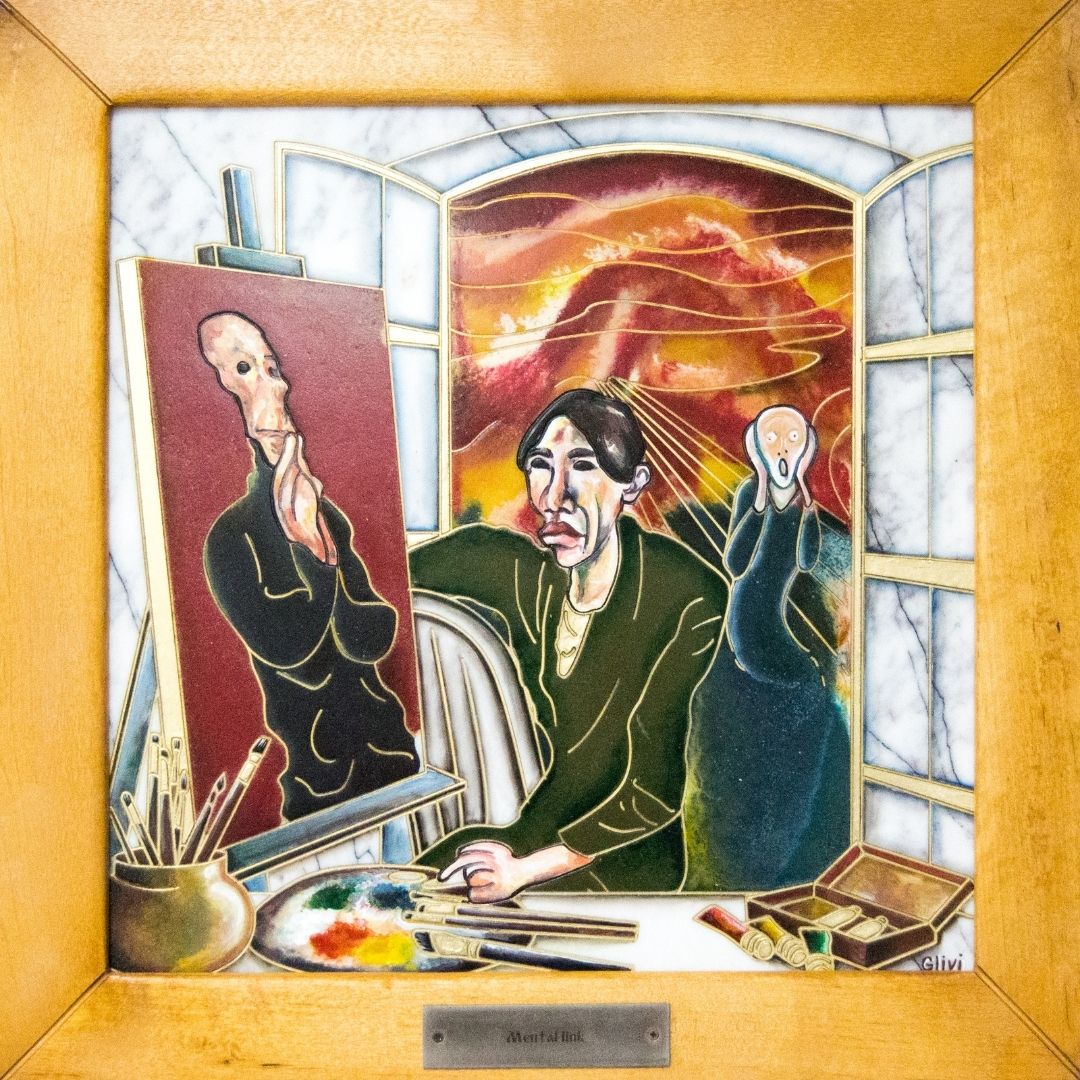 With this phantasmagoric plot, we wanted to convey the feelings of X. Sutin, who, upon arrival in Minsk, recalls the years of study, but these memories pass through the prism of professional skills. The indelible impressions experienced by the master at the moment when he first got acquainted with the works of E. Munch pop up in his memory. Such impressions returned with a new force, due to the recent loss of a loyal friend-A. Modigliani. But Chaim Soutine, having accepted the brush from Modigliani’s hands, is not going to stop – there are still many unrealized plans ahead…

The eleventh plot was called "Mental Connection". The title of the work itself is intended to emphasize the spiritual closeness of the empathized feelings of two great masters who worked in one comparable period of time: Chaim Soutine and Edvard Munch. In the work, we see two human beings who are united by a common form of hypertrophied figures, faces, and bodies. The emphasized emotional background becomes a factor of unity of the figures. The painting is overflowing with the stress experienced by both figures, which has such power that it transforms the natural background into a bloody glow.

The homage is intended to emphasize the mental connection and emotional state of Chaim Soutine, who returned in his memories to the origins of his entry into the world of art. The youth memories of studying at the Yakov Kruger school in Minsk, acquire their meaning in the master’s sense of the bright events experienced, which led to all the further, repeatedly suffered dedication to finding their way in art. It was this devotion that managed to neutralize the bitterness of the loss of a close friend – Amedeo Modigliani, but it did not completely drown out the cry of the soul, the drama of human life.

"Mental Connection" is a plot that combines many of the fine threads of a sacrificial life, where the pain and suffering of the external and internal human worlds are shown as inseparable parts of a single whole. It is the conglomerate of such versatile elements that will later become Chaim Soutine’s life’s work, and its very painful dramatic flow will turn into unique masterpieces laid on the canvas of art.

In the work of Edvard Munch, Soutine found the style and handwriting that most closely corresponded to what Haim himself wanted to write, but did not yet know how to do it. Seeing this work by E. Munch, the young artist acquired the key to his own vision of the described human passions. Further work of H. Soutine will only emphasize his closeness to the understanding of art that E. Munch possessed. Unlike X. Soutine, E. Munch was a pioneer in this path. This is easily captured in his picture. The picture" The Scream " subconsciously revived in the memory of H. Soutine emotionally experienced memories of his first steps in art, made at the school of J. Kruger.