The impermanence of being 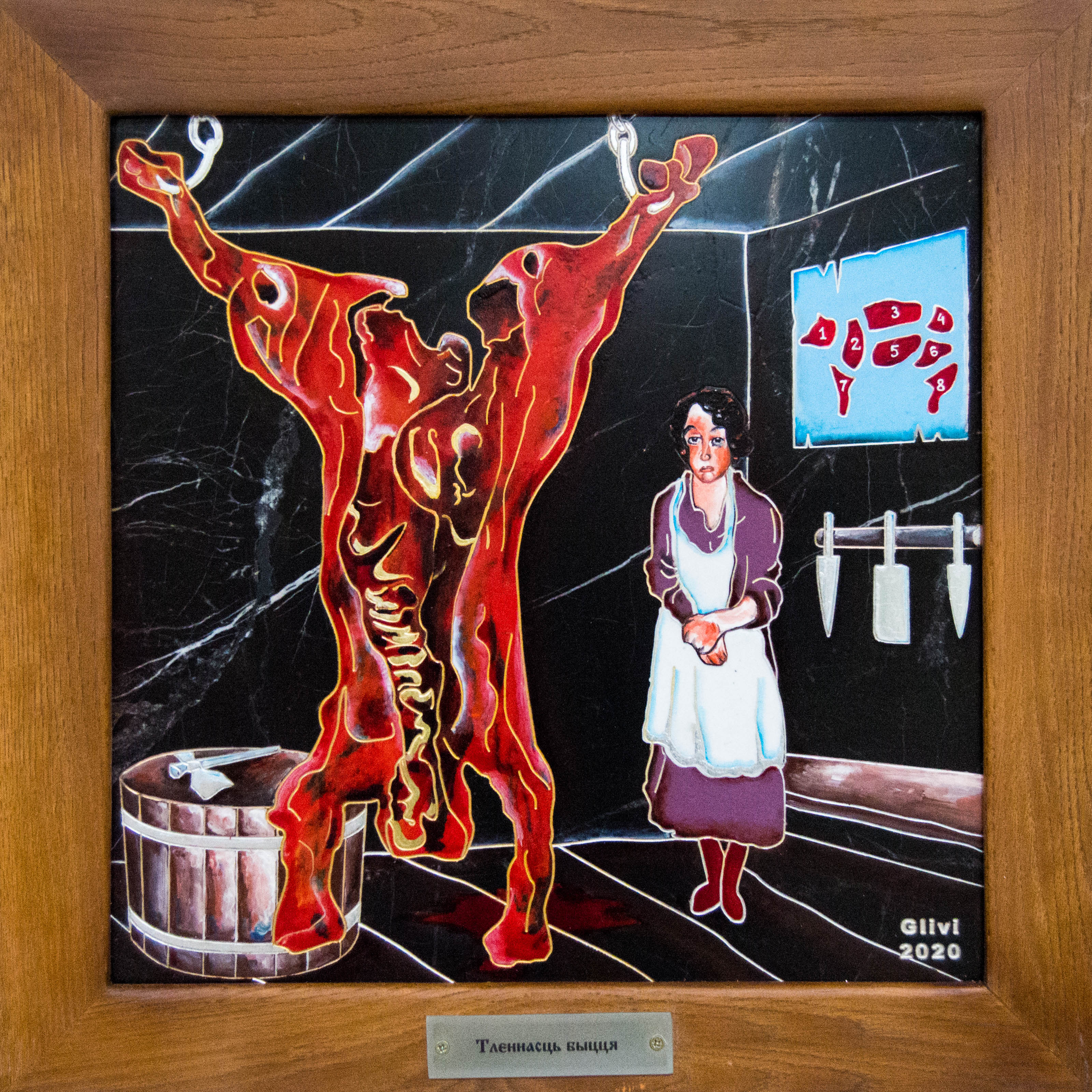 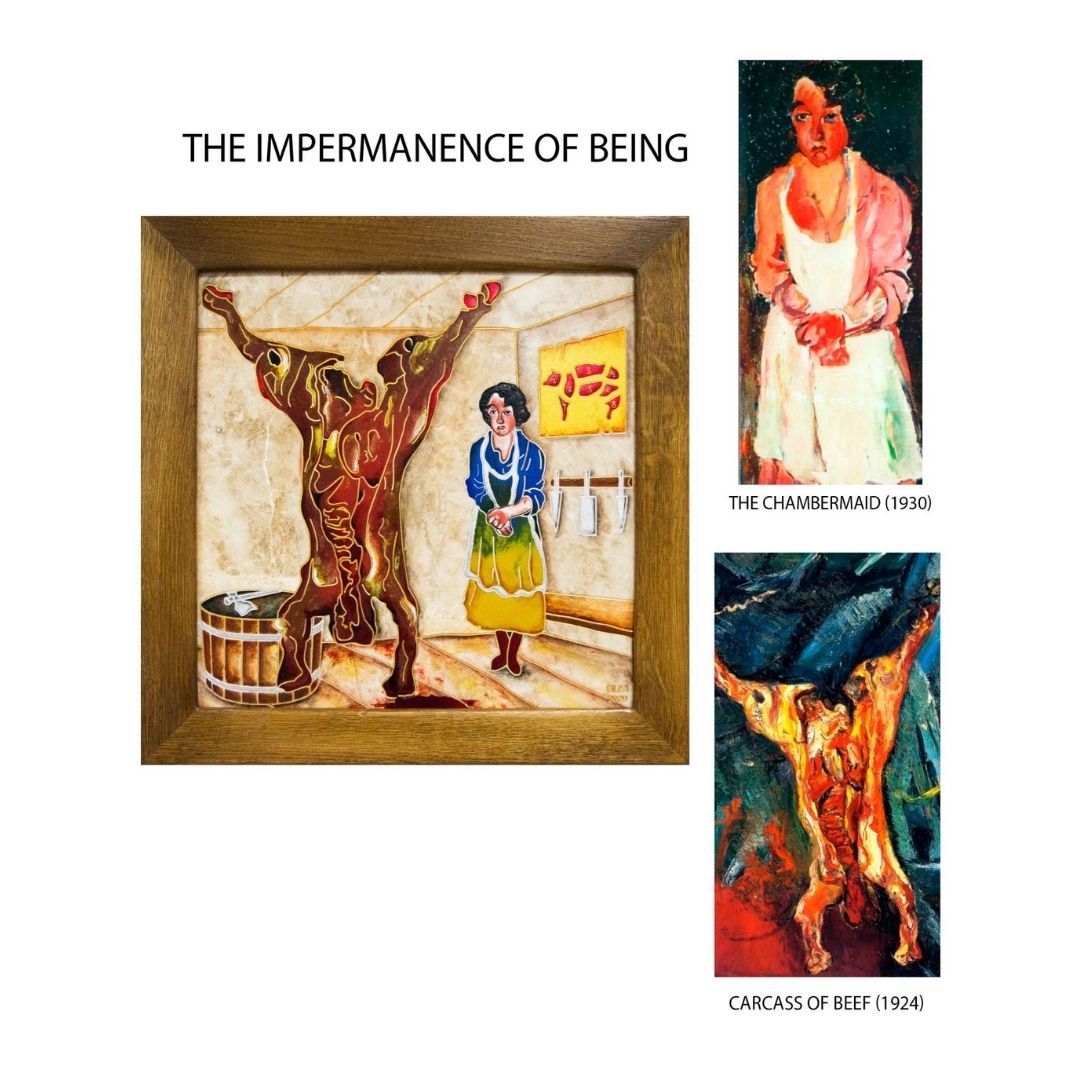 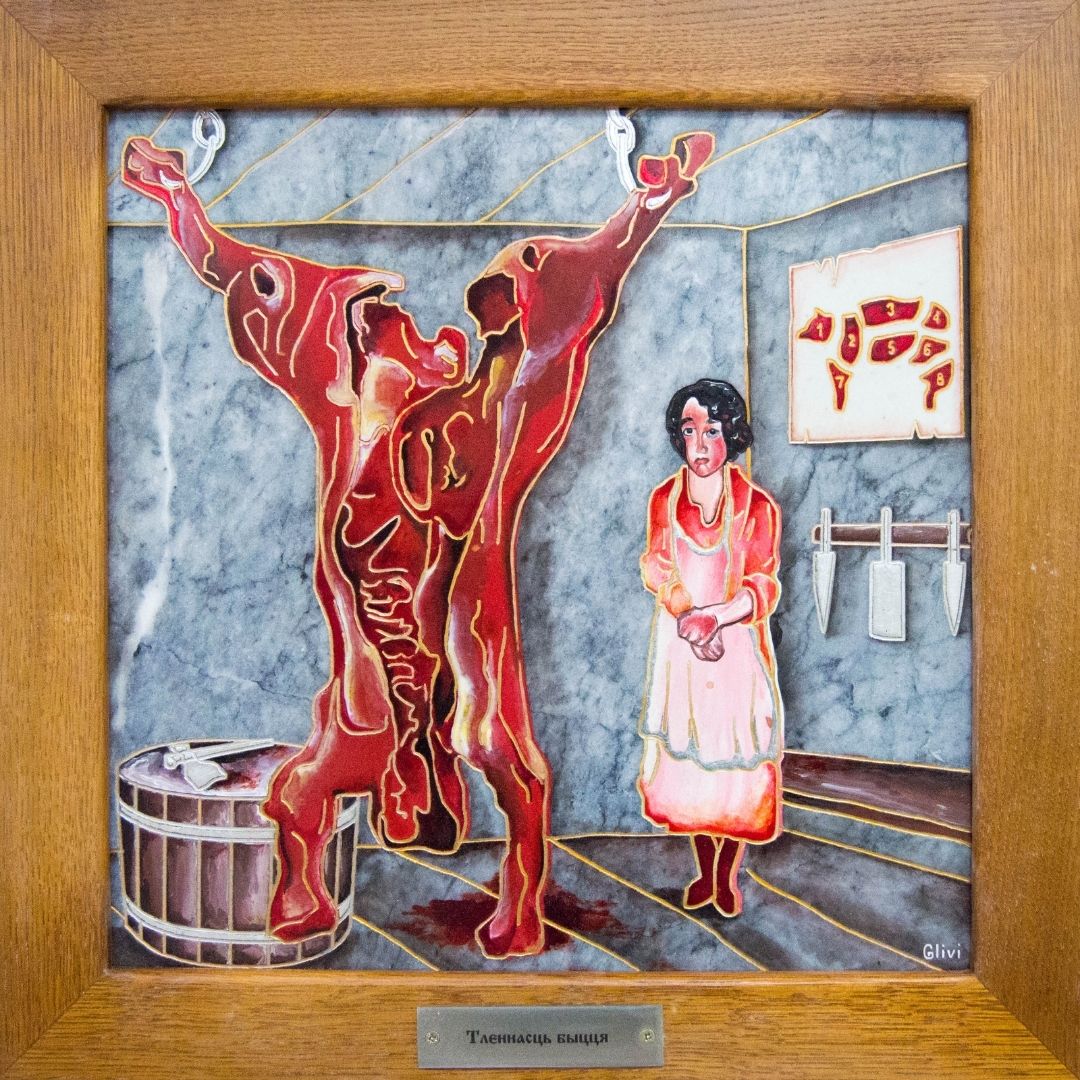 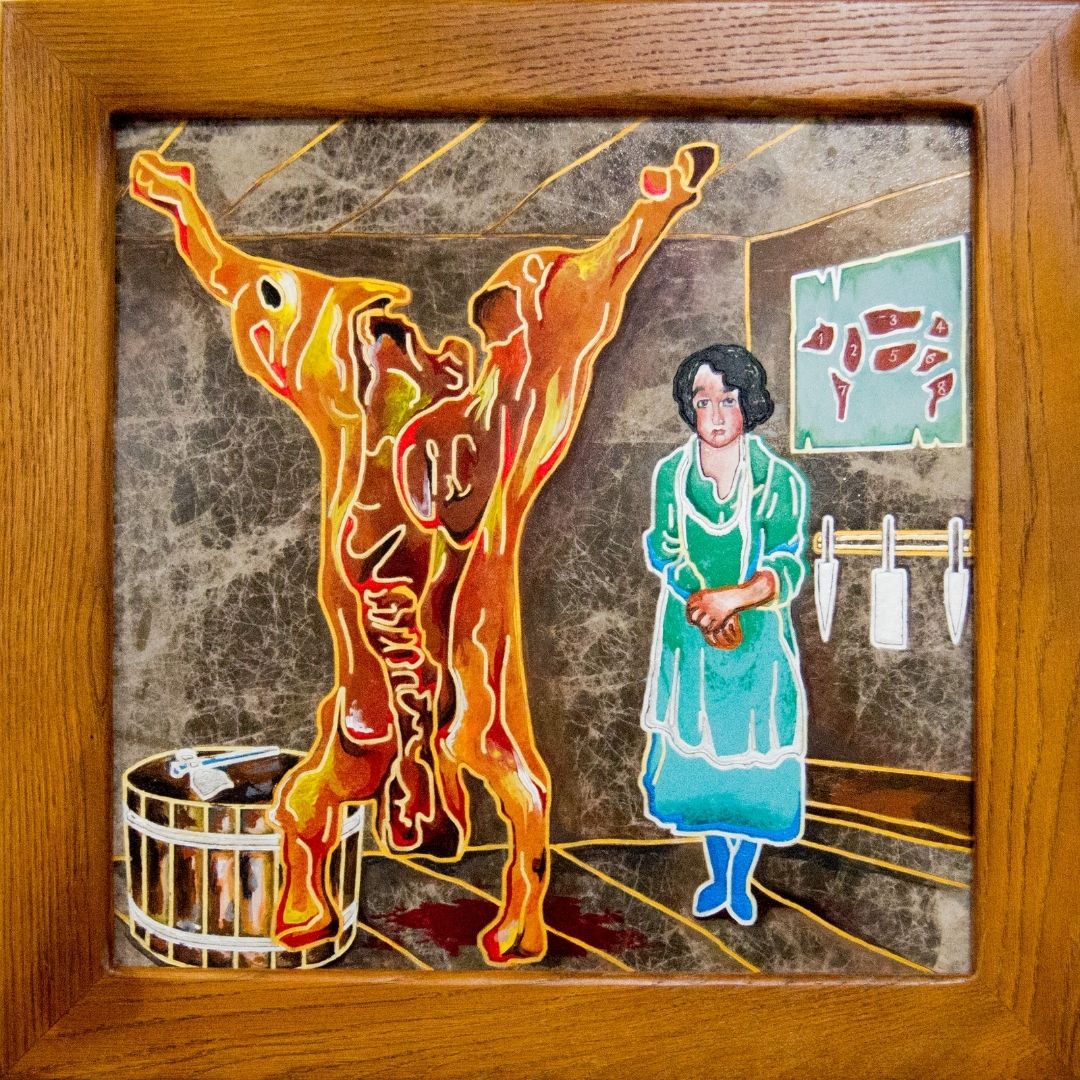 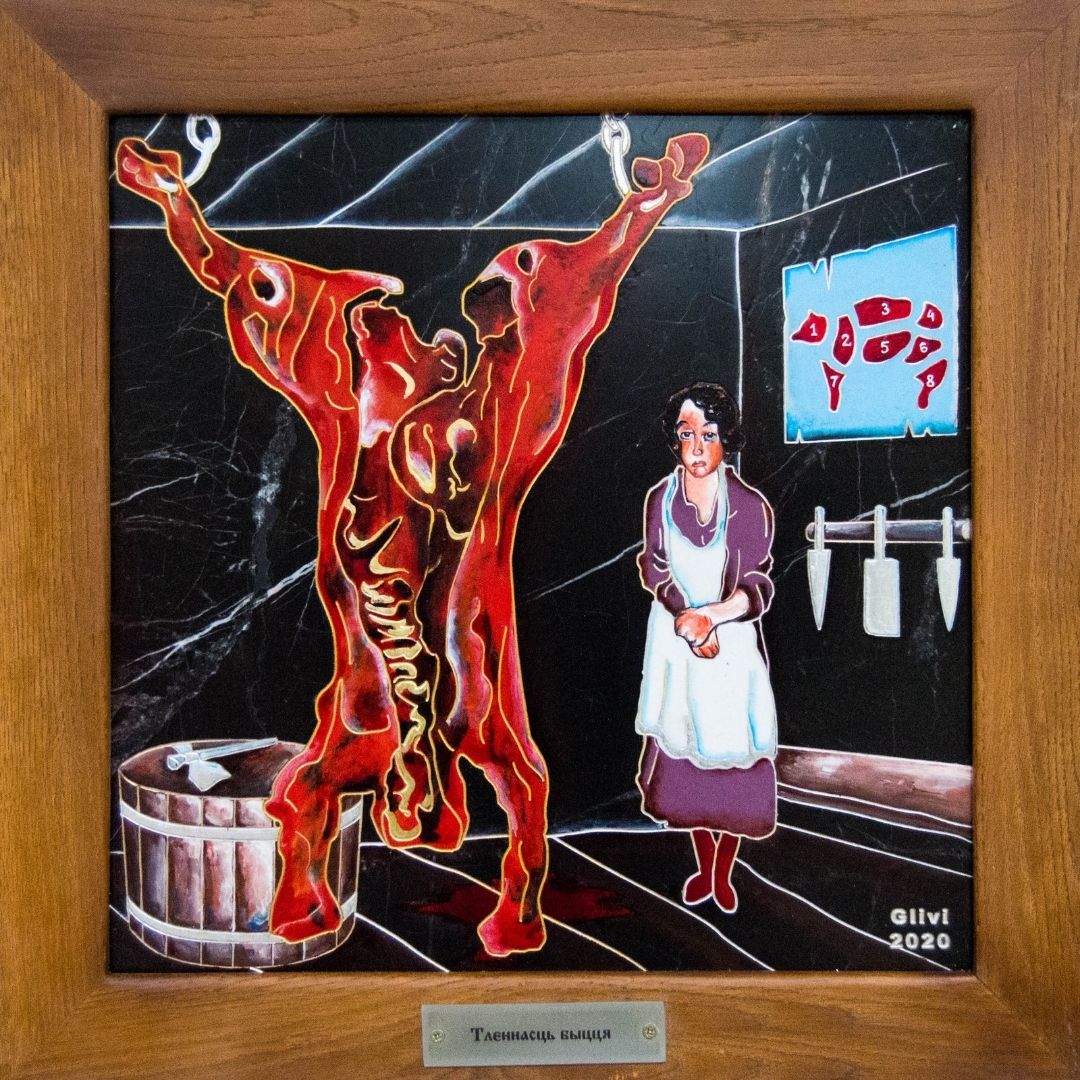 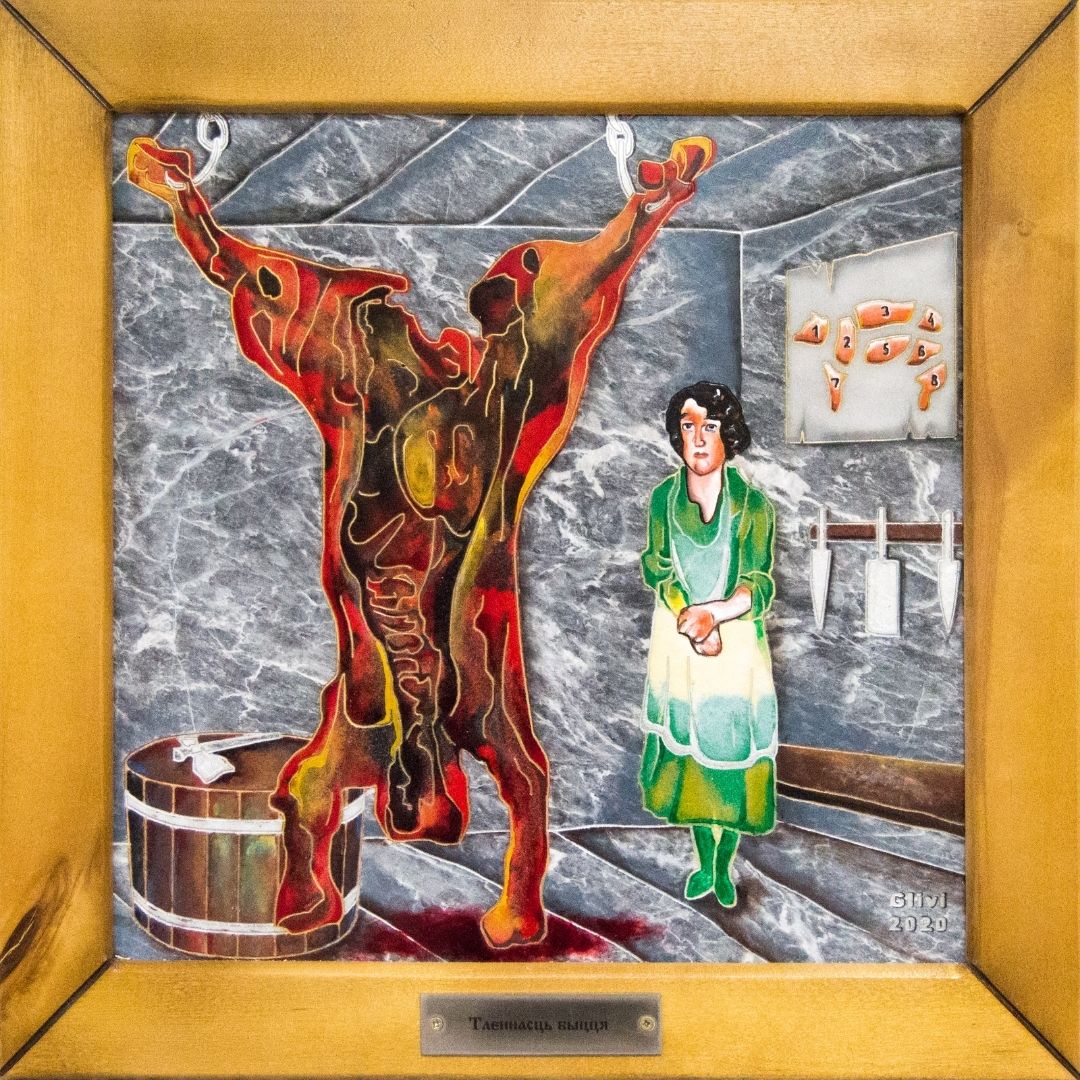 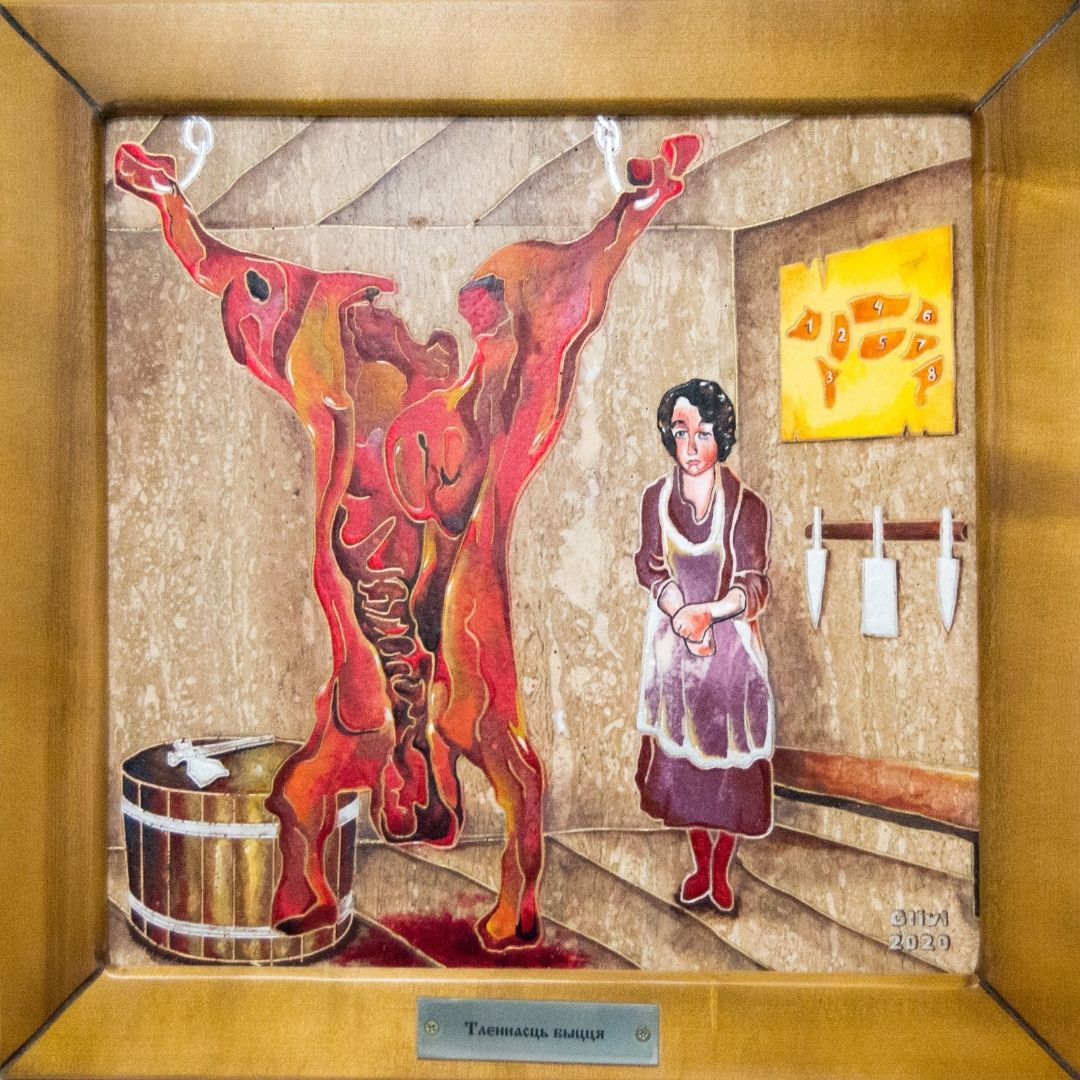 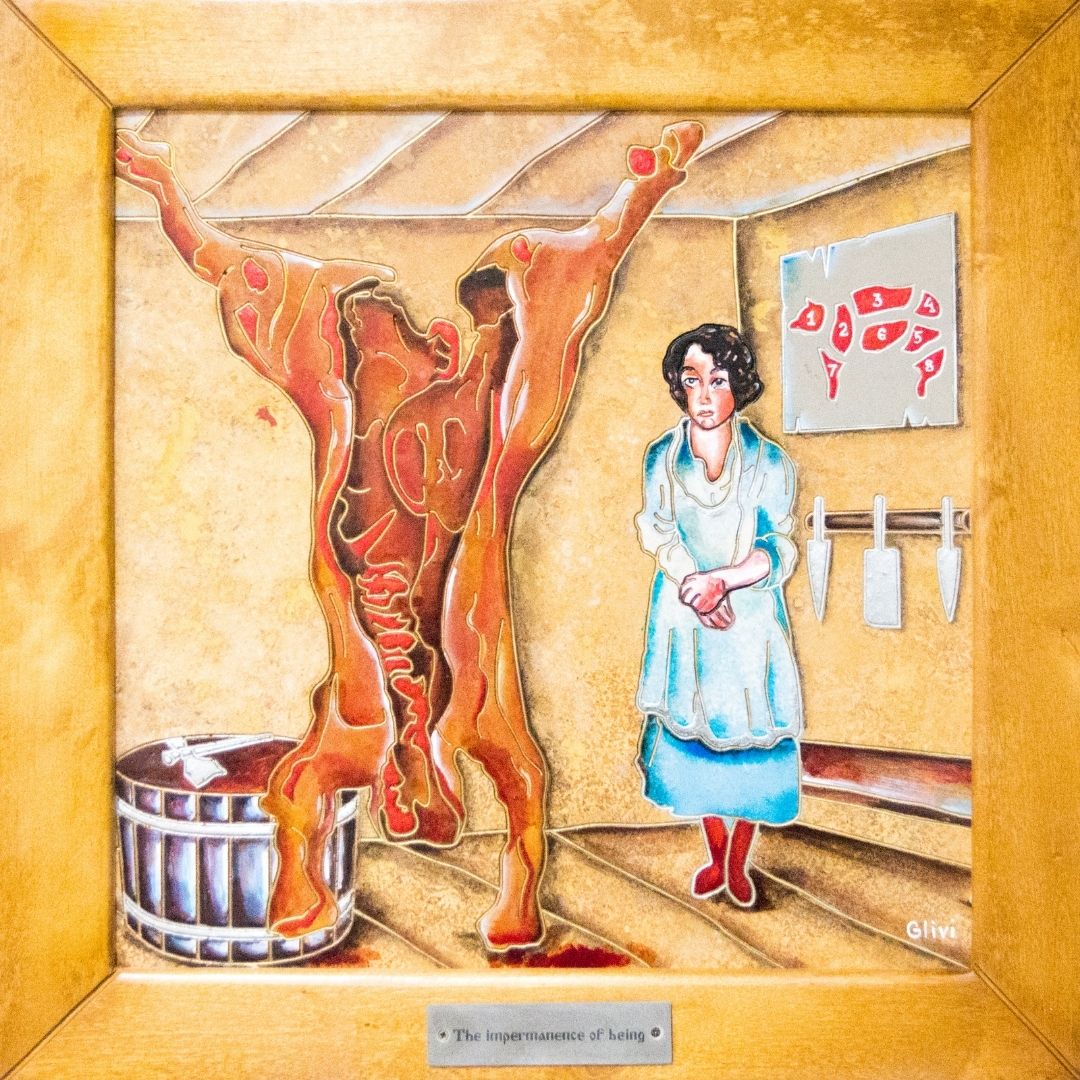 In the story "The Impermanence of Being", the plot line of the epic narrative is partially interrupted and reveals a special deep understanding of the entire work of Chaim. In the center of the artistic composition, there is no longer a group portrait of Soutine characters. The panel depicts an unhappy girl in a crumpled apron from Soutine’s painting "The Maid" (1930), she will have to cut up the "Bull carcass" (1924). Prepared knives and axes suggest the hard work ahead and create a certain emotional emphasis on what is happening. It’s not a woman’s job at all. In the center of the performance hangs the carcass of a dead animal, which is still dripping and dripping with viscous blood, forming another red puddle on the floor, as a symbol of life and death and a thin line between them.

Unlike all the previous and subsequent stories in this work, there are no hints pointing to the place of the event. This indicates the possibility of widespread dissemination of what is happening-both in Smilovichi and in Paris.

The composition fits seamlessly into the storyline of the epic narrative. Soutine’s "obsession" with writing his Parisian works - skinned bull carcasses - dates back to his childhood in Smilovichi. The scene is inspired by Chaim’s difficult teenage memories, the suffering of a child from a large, poor Jewish family. Little Chaim remembered how his father, in order to simulate another pogrom, killed a chicken and smeared the floor and walls with its blood, scattered feathers, thereby trying to show that their Jewish family had already been punished, so the father tried to protect his children from human violence.

In the memory of the boy, the resentment of the local rabbi who brutally beat his son remained forever. The future master tried to portray a portrait of the butcher, was misunderstood and severely beaten by him.

Such life trials imposed a certain specificity on all of Chaim’s paintings, and especially on portraiture, in which images of traumatized, disfigured, repulsive flesh become ubiquitous. Everything that from an aesthetic point of view, only in its appearance, is defined as ugly and causes rejection and rejection in the ordinary consciousness of Chaim, becomes the subject of purposeful artistic reinterpretation and implementation. In this, Soutine’s skill is unique, he made it self-sufficient and separate for the artistic image, like no other. And the incredible happened: "What is unpleasant to look at, we look with pleasure at images of it, as, for example, at images of disgusting animals and corpses" (Aristotle. Poetics.4.1449 a). The quintessence, the pinnacle of artistic reinterpretation of the ugly is the skinned carcasses of animals.