Parisians in a shoe shop 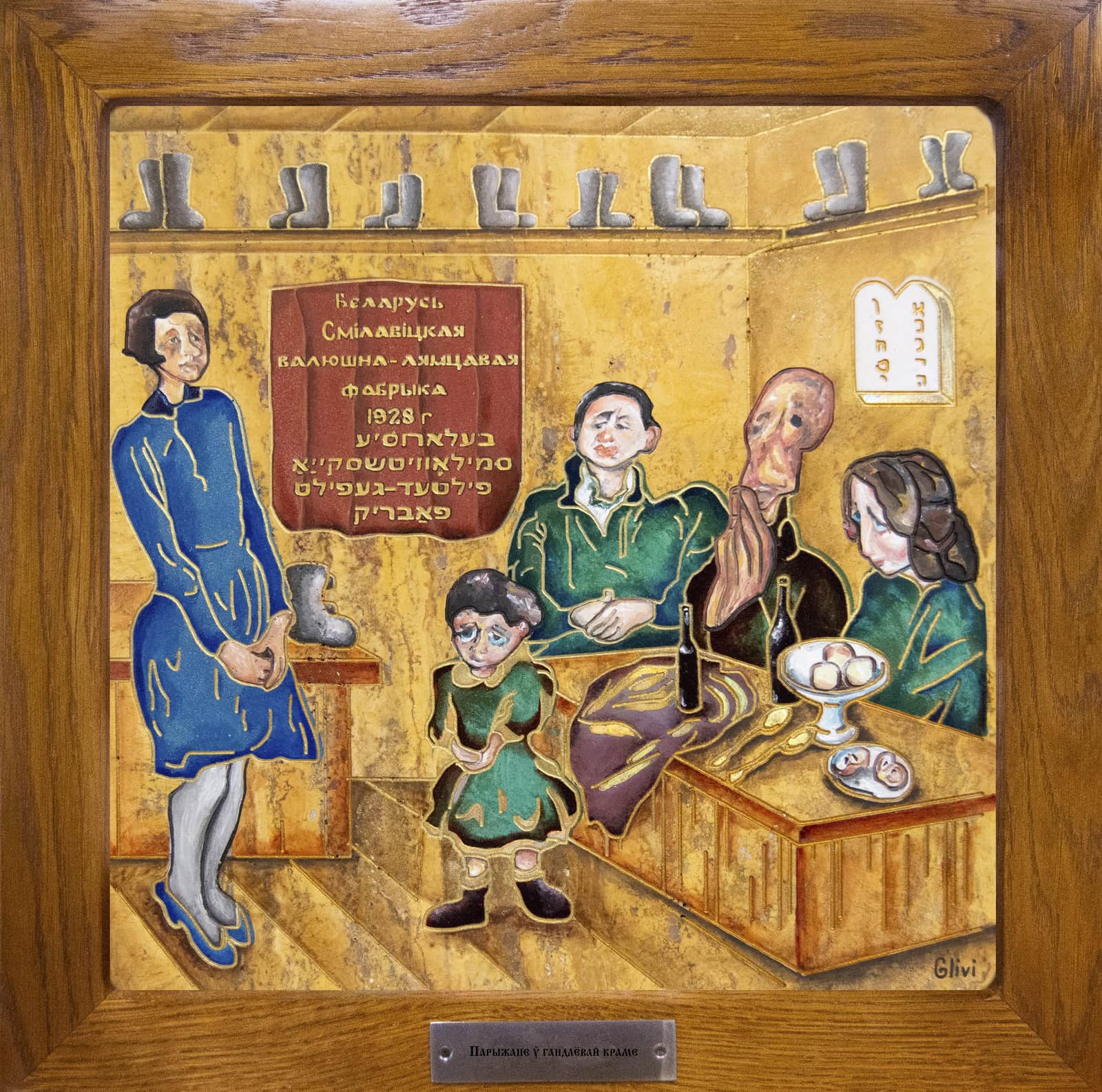 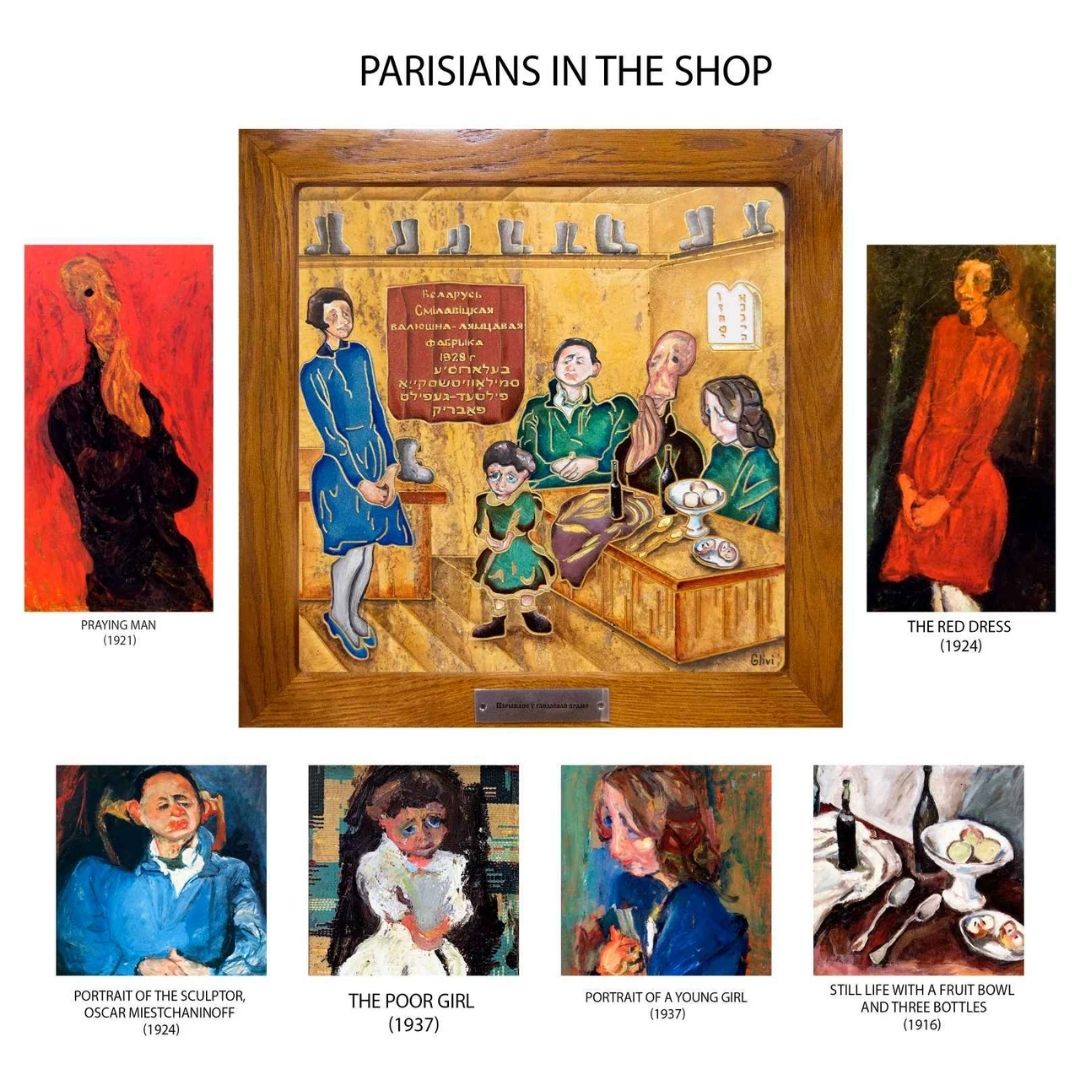 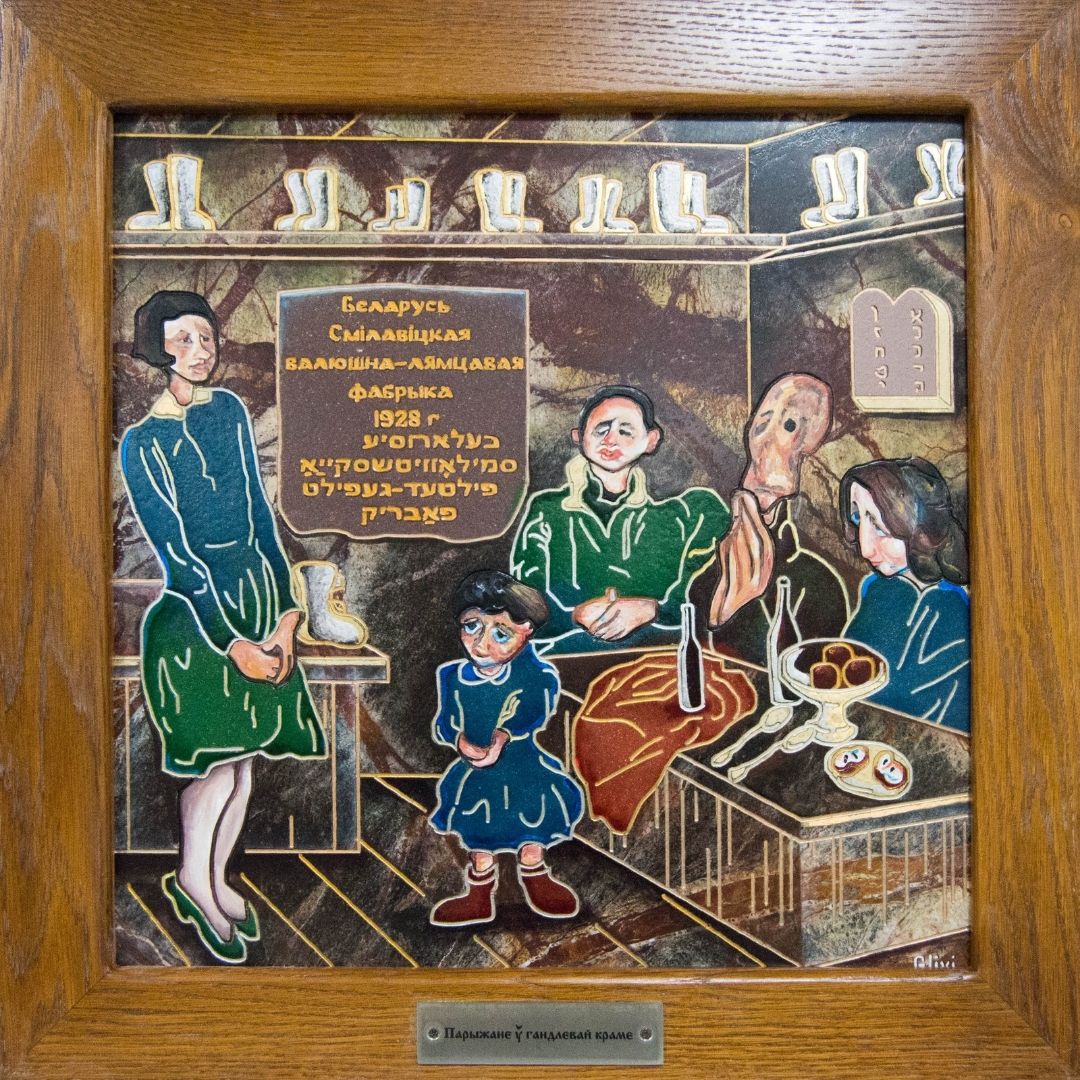 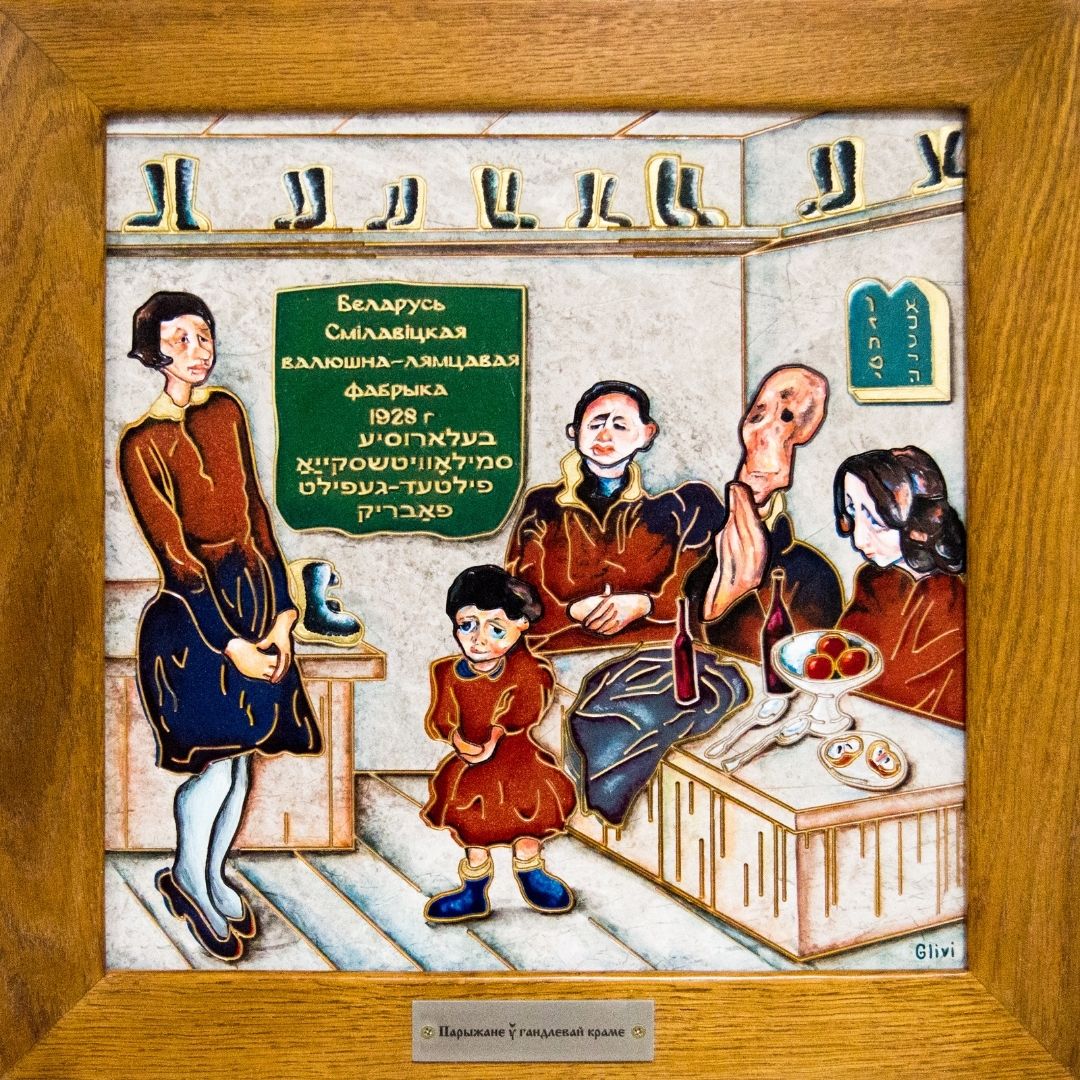 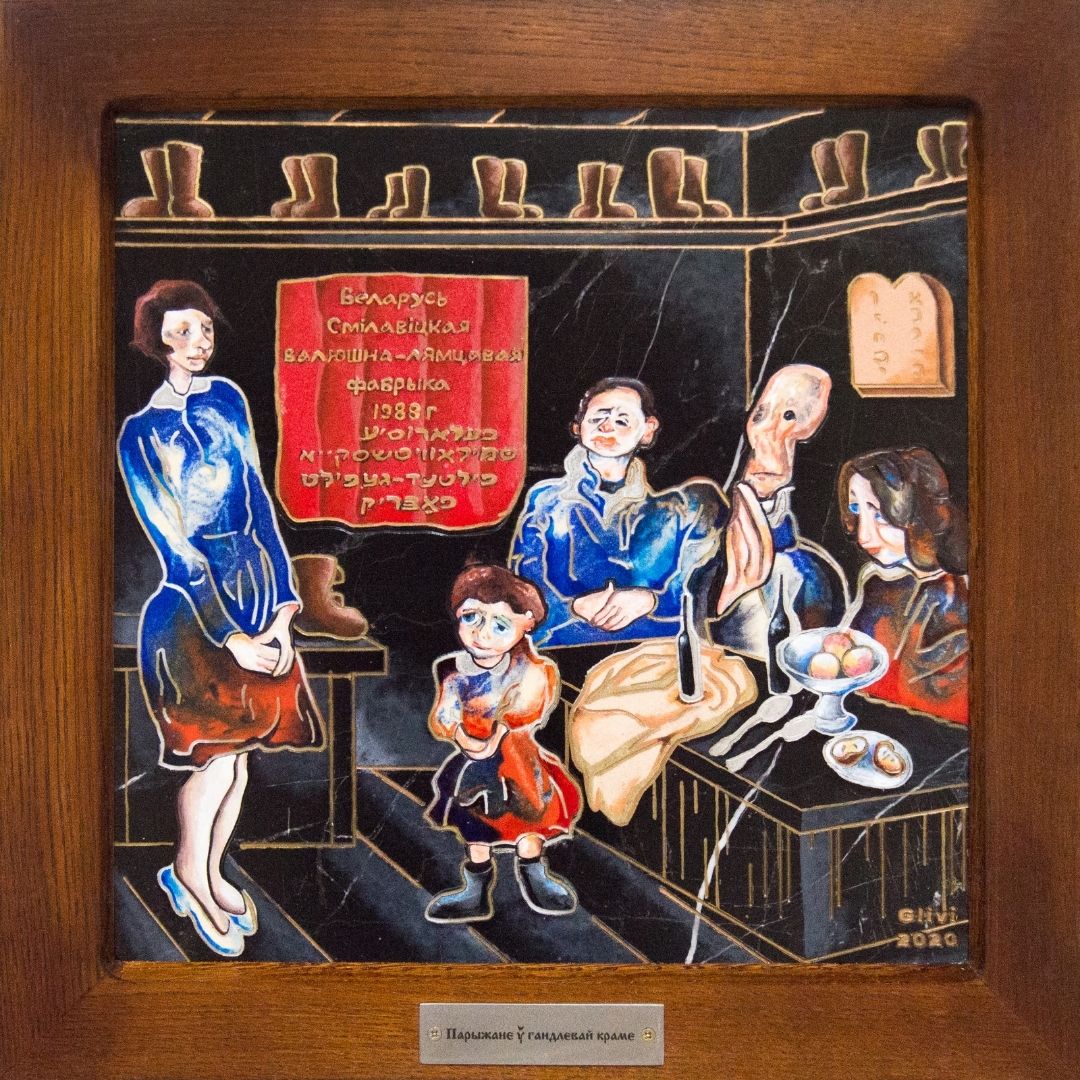 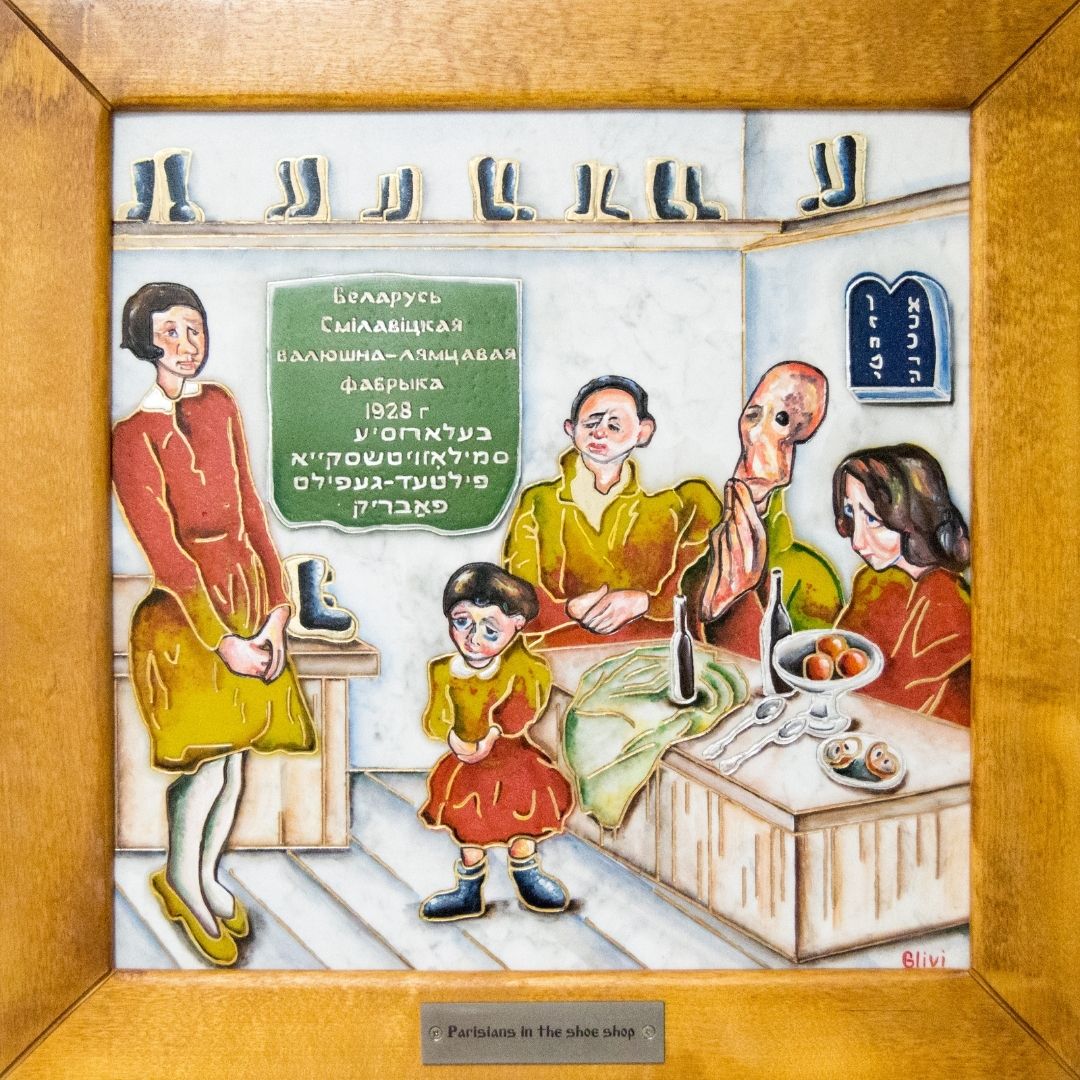 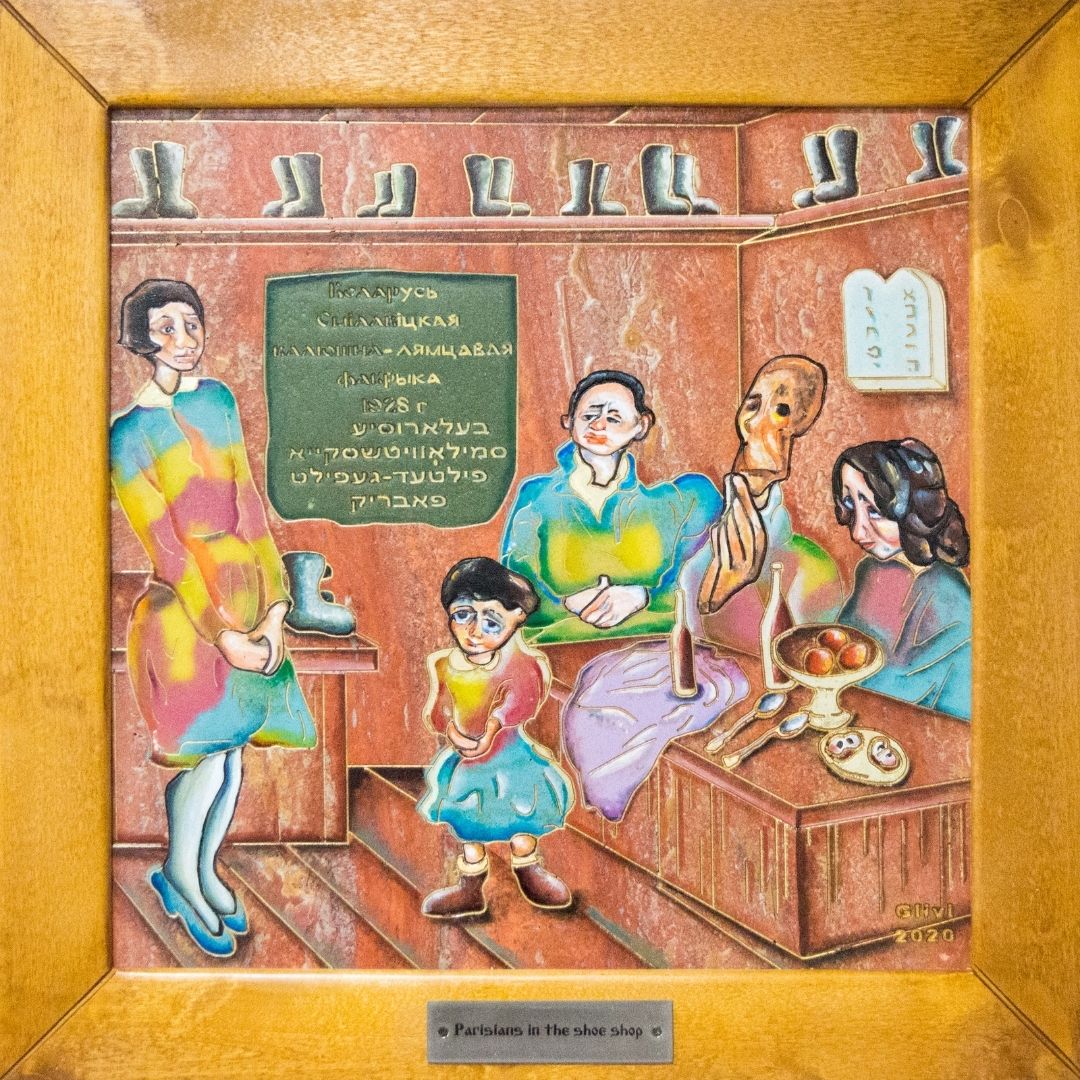 In the tenth story, "Parisians in a shoe shop", a story from the"life of Soutine" is shown. New friends who came to the master’s homeland from Paris look into the shop of felt boots. The artel, where all Sutin’s uncles and aunts worked, was organized when little Chaim was still running barefoot around his parents ‘ house, and after a while it became the only felt boots factory in Belarus.

The plot is quite complex due to the large number of participants and the use of symbolic elements: the table set for guests immediately refers to a still life with a fruit bowl and three bottles (1916)

On the wall hangs a tapestry with the name of the store in two typical languages of that time: Belarusian and Hebrew. Under the ceiling you can see a shelf with illustrative samples of products-felt boots. Separately, it is interesting to focus on the guests, or rather on the emotions reflected on their faces. A woman in a blue dress is clearly embarrassed by the new felt boots offered to her, because they are not worn in Paris-portrait of a young girl (1937). The next man, on the contrary, has folded his hands in a joyful prayer gesture and is looking forward to trying on and appreciating all the comforts of soft felt boots-portrait of a praying man (1921). The extreme guest – the most extravagant guest of the stall - a portrait of Oskar Meshchaninov, a sculptor (1924), is waiting for a girl-seller - a Red dress (1924), who will give him felt boots. The central place on the panel is occupied by a portrait - a poor girl (1937), who does not want to listen to stories about all the charms of a natural product and wants, wearing the most beautiful pair of felt boots, to run, dancing in the street.