Homage to the spiritual home of Father Chagall No. 7 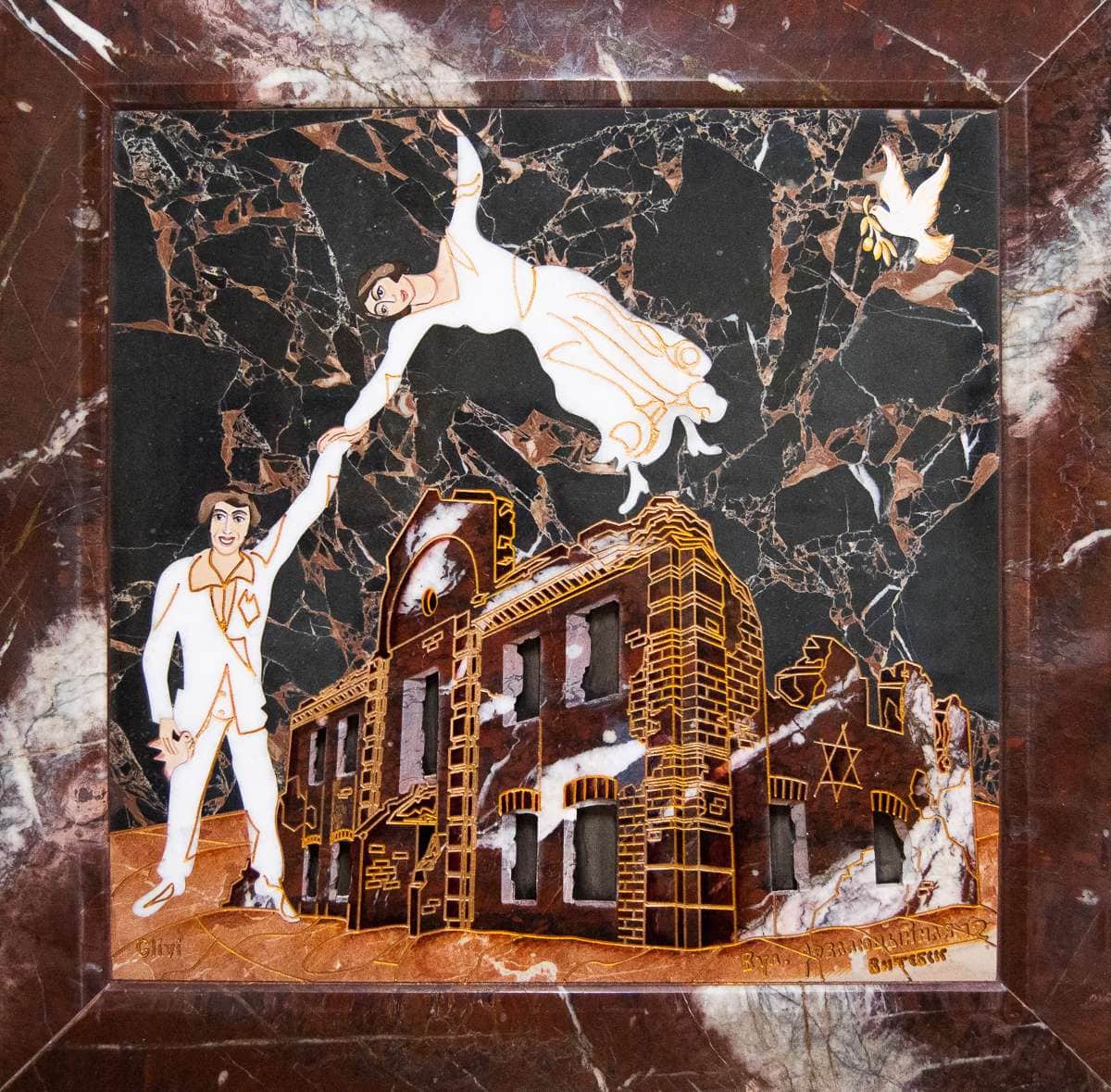 A storm of emotions is felt in the selected combination of marble: an expressive sky, cut with unusual lines. Beautiful marble surprisingly accurately "predicts" the fate of the Jewish people, as well as the future of the Vitebsk synagogue. The warm earth on which the dilapidated building stands supports with its energy, slows down its destruction, tries to preserve the warm home of its people. But time is merciless to everything ... And only the light-golden figures of Mark and Bella demonstrate the undying connection of a kind with the outgoing generation. The memory will always keep the warmest moments and events of the days gone by.

Mark's father often took his son to this synagogue in order to learn to think, live, but first of all, to pray. From the age of five, the boy attended school, where he studied prayers and the Law of God. Studying, which began at the age of thirteen, did not bring the future genius much pleasure: Mark was then a stutterer. Despite the desire to paint, his parents did not support his venture, his father especially, because the Jews have very developed musical abilities, a craving for science, but not for painting. But despite the disagreements, he gave his son money for training, even if he threw it out the window, forcing his son to collect it from the street. And here you can draw a parallel. It seems that thanks to such an emotionally offensive act for both sides, the spiritual home of Chagall's father did not collapse, did not turn into dust, because the father, to the best of his understanding, supported the uncertain undertakings of the young genius.