Homage to the spiritual home of Father Chagall No. 4 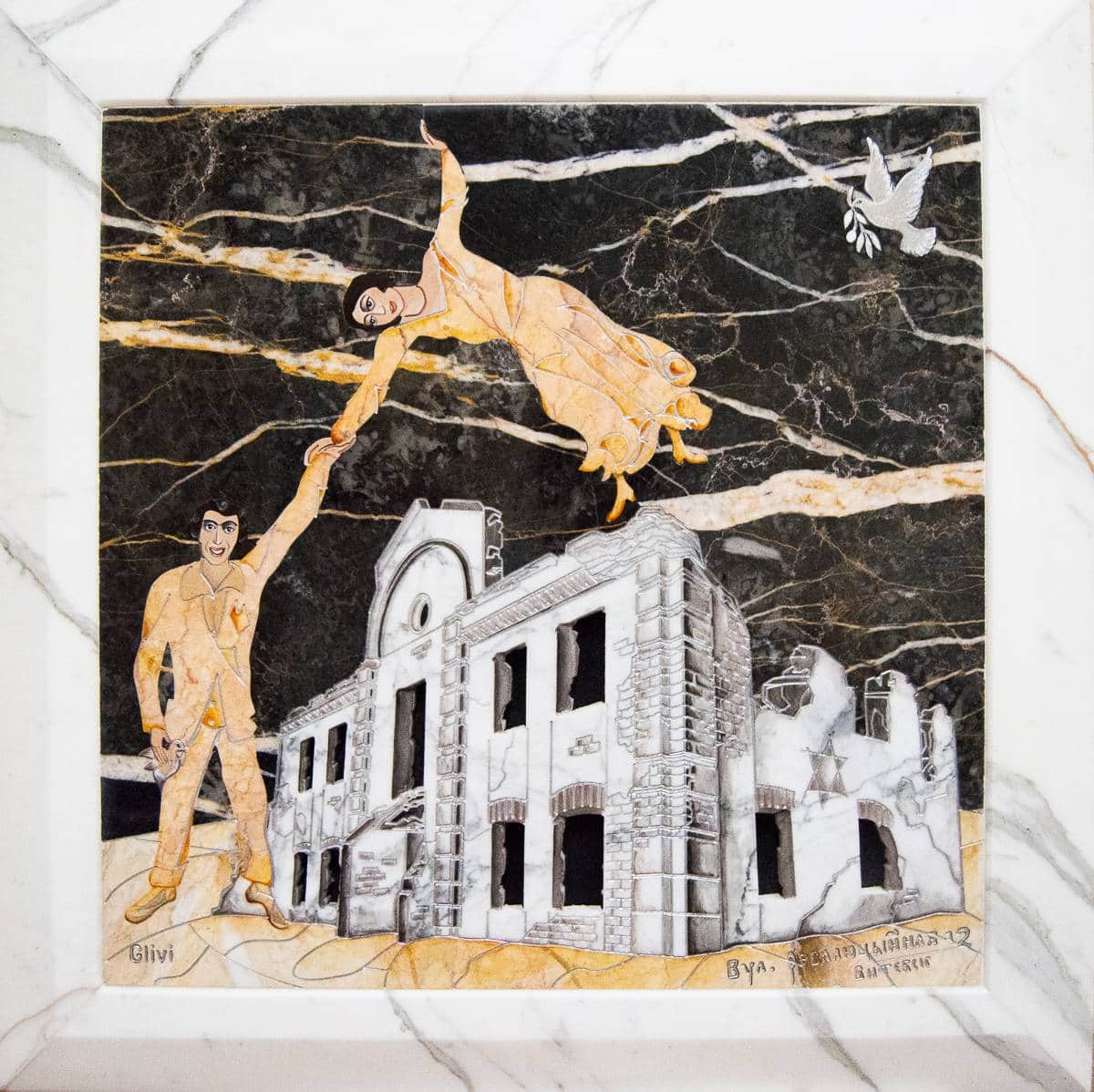 Vitebsk became the future artist's first friend, first love and first teacher. Remembering his small homeland in his paintings, Chagall always returned to his childhood spent in the synagogue, to his parents, to his father, who so carefully and securely held his hand.

The painting has an amazing combination of natural stone. It creates a clear perception of some tragic and at the same time fatal night. The sky is split by yellow lightning that is not characteristic of nature, as if the gold particles accumulated in them wake up on the floating figures of people. It was as if emotions and feelings came to them only from above. And under such an amazing, "golden" sky stands the fascinating snow-white Vitebsk Synagogue. The color of its walls clearly demonstrates the purity and inviolability of the faith and hopes with which her "children" came to her and with whom an amazing boy, boy and man – Marc Chagall - lived his life!

Today, in the hands of a young artist - a tit, symbolizing an extraordinary miracle that happened to a Jewish boy in the world of painting, and high in the sky, a white dove carries a golden olive branch as hope – because how many times the spiritual house of his father did not collapse, the artist will restore it again brick by brick and with incredible accuracy draw in his memory the brightest and most warming colors.